Out of all the Latin American countries, Colombia’s political history is perhaps the least understood, discussed and documented. It is also the stage for the US administration’s silent “war on terror” and quiet imperial plunder of oil and other natural resources. Forrest Hylton’s Evil Hour in Colombia is a welcome analysis of the country’s turbulent, bloody and often darkly harrowing history from 1848 to the present day.

Against an international backdrop of the liberal radicalism of 1848, Colombia was a leading light in progressive Latin American politics. Influenced by Europe, the liberal-led government of 1849 implemented radical reforms which included the abolition of slavery and the death penalty, the separation of church and state, the legalisation of divorce and the introduction of universal male suffrage.

So how did this country come to have one of the most violent and repressive administrations in the world? Hylton guides us eloquently through the 1853 clash between liberal and conservative groups that led to the conservative reversal of liberal policy, and the rise of “coffee capitalism” in the late 1800s.

He explains how during this era fragmentation of rural and urban politics reproduced colonial themes and how liberal resistance led to the war of a thousand days that eventually cost an estimated 100,000 lives.

For the next 100 years the bipartisan system would lead to many more intensely dark periods such as “La Violencia” as the two parties battled for political control at the expense of civil society.

The book does, however, concentrate far more deeply on history after the birth of neoliberalism in the 1970s. Colombia’s economy was now based on Pinochet’s Chile. Hylton explains how Colombia supported and in return is supported by the narcotics trade, eventually giving rise to counter insurgent, paramilitary groups.

The book goes on to explain how the link between state and para-state was allowed to develop throughout the 1980s and 1990s. Hylton makes some interesting observations about the increasing US involvement in Colombian politics throughout this period.

The latter part of the work goes on to analyse how the US’s “war on terror” and initiatives such as Plan Colombia have escalated an already barbaric situation.

Although the book is useful in trying to understand how Colombia has become what it is today, it does seem that an awful lot has been left out. There is very little mention of the role played by the trade union movement in the resistance against oppression and indeed no mention of the thousands of trade unionists who have in recent years been murdered by military and para-military forces.

In his conclusion Hylton suggests that the solution to the cycle of violence will come from the indigenous population alone rather than a popular left wing movement that can unite them with trade unionists and students.

This criticism aside, the book is invaluable as an overview of Colombian political history and in unravelling the corrupt, bloody and often complex events that have led the country to its modern day situation. 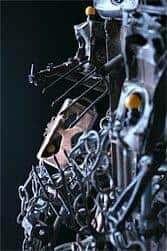 The Meat of Capitalism

Voices to be Heard