This article is over 9 years, 1 months old
In Turkey it was the threat to cut down trees to make way for a re-development project in a park in the centre of Istanbul; in Brazil it was the latest round of fare rises on public transport.
By Mark L Thomas
Downloading PDF. Please wait...
Monday 01 July 2013

No one could have predicted that these events would provide the flashpoint that would trigger the sudden eruption of mass revolts that with hundreds of thousands on the streets night after night across dozens of cities in both country.

Both the threatened trees in Gezi Park and the rising costs of Brazil’s transport system were the focus of pre-existing campaigns. Neither seemed about to unleash mass upheavals. In both cases, a key turning point was the brutal police violence against groups of protesters.

The scale of the response can only be explained by deep bitterness below the apparent surface calm of society. The revolts in Turkey and Brazil were all the more remarkable in the both have been held up a success stories, transformed by rapid economic growth over the past decade that allowed for relative social peace.

Both the AKP party in Turkey and the Workers’ Party in Brazil formed stable governments enjoying level of support that David Cameron can only dream of.

But all the talk of economic miracles in both countries hid huge inequalities and a sense that the fruits of growth were not being equally shared.

What the events in Brazil and Turkey (and largely away from the media glare in Bulgaria too, where major protests erupted over the appointment of a media magnate to the head of the country’s state security) are a sign that the wave of revolt around the world that exploded in 2011 continues.

In both Brazil and Turkey we have also seen sections of the right – the Kemalist nationalist opponents of the Islamic AKP in Turkey and right wing opponents of the Workers’ Party in Brazil – try to exploit the movements for their own interests. New movements are political battle grounds, however much some people talk about them being “non-ideological”.

One crucial question will be whether these movements can connect with the power of workers to paralyse the economy. So far the response of Turkey’s unions has been limited, while Brazil’s powerful trade unions, at the time of writing, have yet to make their presence felt, but this may change.

Capitalism has been weakened by the decades of neoliberalism and by the global economic that has unfolded over the last six years. Capitalism’s hold over the mass of the population has been eroded as vast pools of bitterness have been created (even where the economy has grown – such as , for example, in China). There will be more volatility and more sudden upsurge of protest that turn into mass revolts.

Is Britain is safely immune to such upheavals? It would be foolish to rule such explosions here. We have already seen glimpses in the student revolt in the winter of 2010-11, the pensions fight in the same year, the riots in the summer of 2011 and the resonance that Occupy St Paul’s received that autumn. Today the bitterness among the mass of workers at the scale of the assault on living standards and public services is, if anything, even greater than two years ago. Expect the unexpected.

All change in Turkey 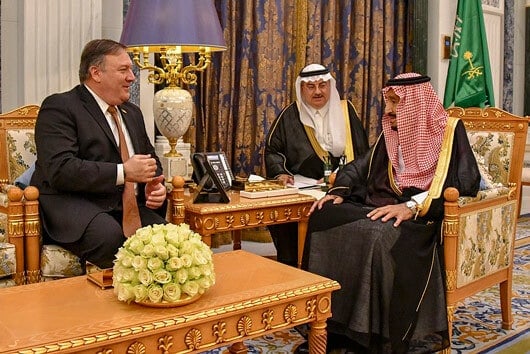 More than a Saudi PR disaster