Tweets and the Streets

As activists well know the internet can be used in multiple ways. Two of its characteristics are as a space of debate and dissent, and a tool of resistance. These two things could overlap, but are not the same and too often they are conflated resulting in a one-dimensional or boring analysis. The Arab revolutions have guaranteed that this will be a popular topic in media studies. Tweets and the Streets belongs to a better category of books that have flooded the market since the Arab Revolutions that manage to balance between dystopian and utopian accounts of the internet.

Compared to a decade ago, there are many technological changes that also reflect changes in activism: “Where self-managed activist internet services like Indymedia and activist mailings lists were the media of choice of the anti-globalisation movement, contemporary activists are instead shamelessly appropriating corporate social networking sites like Facebook and Twitter.”

This improvement is symbolised in the online tools, “The Majoritarian character of contemporary movements registers a clear difference from the anti-globalisation movement” according to Gerbaudo. The orientation on “minority” and “representation” influenced social movement and internet studies theories. But contemporary popular movements, argues Gerbaudo with apt relief, are marked by a stress on unity and physical occupation through mass sit-ins.

With what is frankly becoming a boring smear to Lenin, Gerbaudo tells us that centrally produced newspapers mirror the mean vanguard party, but he wonders if this can be countered by the current grassroots movements. And this is where the first strength of the book lies. He critically unpacks the myth of a new “networked-politics”. Horizontal or anarchic organising can be very hierarchic.

The heart of the argument is the relationship between the types of media and the emergence of new forms of protest as a result. The book makes two general points – one ethnographic, one conceptual.

It offers a new concept to explain how social media mediates between online communication and actual physical gatherings. He calls this mediation “choreographing” and the physical gathering of people “assembling of individualised constituencies”

This allows him to understand and study the role played by the politics of emotion (constructing a sense of togetherness) and also to look at the risks of explosion which social media can add to contemporary protests.

This angle offers a welcome critique of the network theories of spontaneity and challenges the “seamlessly optimistic vision” of linking knowledge and technology to revolutions. Of course there are leaders, or rather “soft leaders” which he describes as the “choreographers”. In Cairo, for instance, he cites Gigi Ibrahim and Mahmoud Salem, Andrew Conner and others at the “Twitter HQ” in New York, or Fabio Gandara and Pablo Gallego in Madrid.

From the outset he argues that we have to put the internet in historical context, but we also have to view it in relation to advances in other new technology such as mobile phones, television and print media. The hashtag #OccupyWallStreet, for example, really peaked after the pepper spraying NYPD was caught on camera and the Daily Show and other media reported on it causing waves of indignation .

It is also (or perhaps therefore) a pity that he only feebly engages with the rich and valuable publications about closely related theoretical topics that offer other helpful frameworks. There is also a bit of straw-manning of “gurus” like Manuel Castells (although he coined the idea of a network without centres he does agree that networks are not necessarily horizontal) or Clay Shirky (who gave a more refined commentary during the Arab revolutions than the slacktivism ascribed to him). Both of these theoreticians are more nuanced than it seems in the book.

But he does succeeds in tracing the common denominator between all these theorists while also illustrating the differences and shedding light on the interaction between online communication and local organising.

Nonetheless, as someone who reads and writes a lot about the political implications of the internet in the Arab world it was refreshing to read about Spain and US activism beyond the basic activist updates. I certainly recommend this book because unlike most superficial writings about the role of the internet in the Middle East Gerbaudo’s is pleasant and puts much effort in explaining the local context.

Tweets and the Streets is published by IB Tauris, £15 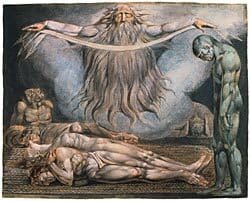