This article is over 3 years, 7 months old
Commemorations marking the end of the First World War have made little mention of the suffering endured by people in Eastern Europe. Steve Guy looks at the history in order to redress the picture.
By Steve Guy
Downloading PDF. Please wait...
Friday 04 January 2019

Last November the remembrance ceremonies on the 100th anniversary of the signing of the armistice ending the First World War focussed, understandably, on the campaign on the Western Front. There has been very little mention of the events in the east, even after the recent independence celebrations in Poland, with the participation of the Polish Nazis, or the latest confrontation between Russia and the Ukraine.

Thus, only the most perceptive correspondents remarked on the immense suffering endured by the peoples of central and eastern Europe. These did not come to an end with the cessation of hostilities on the eastern front, and the peace of Brest-Litovsk, negotiated between Germany and Austria-Hungary, the Central Powers alliance, and the Bolsheviks in March 1918, nor the armistice in the west, in November 1918.

At the commencement of the Great War there was no Poland or Ukraine. From the eastern borders of Germany and Italy and stretching thousands of kilometres to the border with Tsarist Russia, there was only the Austro-Hungarian Empire, embracing a myriad of peoples of different ethnic origins and languages, only united by their allegiance to the Habsburg emperor, Franz Joseph.

It was an empire in stasis, that only survived by balancing between the competing claims and aspirations of the subject peoples; it would be unable to survive the shock of war.

When Tsarist Russian forces rolled westwards across their own borders, in August 1914, their first objective was the invasion and conquest of Germany, Franz Joseph’s ally in the alliance. The cry of “The Cossacks are coming” struck terror into the hearts of the Germans in East Silesia, and resulted in the evacuation of hundreds of thousands of refugees. The Russian military, motivated by the expansionist aims of the Tsarist regime, murdered thousands of civilians before being driven out by the German army.

Jews were subject to treatment of a particularly oppressive nature by a Tsarist military permeated from top to bottom with an extremely virulent form of antisemitism. Most perniciously, the Russians attempted to make complicit the other nationalities, especially the Poles and Ukrainians, (then known as Ruthenians), in treating the Jews as less than human.

Further south, the Habsburg military forces demonstrated that they were capable of matching the Russians in terms of brutality, if not in military skill. As they moved eastwards to meet the Russian advance, they evinced an almost paranoid suspicion of the indigenous inhabitants, especially Ruthenians, suspecting them of disloyalty, and adopting an indiscriminate policy of detention and summary execution of those suspected of spying or acts of sabotage.

No accurate records exist, but it is estimated that at least 30,000 Ruthenians were murdered in this way in the early stages of the war. Again, Jews were regarded as fair game for the Habsburg military, and often suffered a similarly grim fate to those at the hands of the Russians.

Consequently, in the areas threatened by the advance of any of the combatant armies, the inhabitants took flight and sought refuge in whatever direction offered the greatest safety, creating an ongoing refugee crisis in the east that was to prevail throughout the course of the war.

The plight of the populations of the Central Powers deteriorated with the declining fortunes of their regimes. The allied naval blockade was remorselessly efficient in preventing the import of essential material, including foodstuffs, and despite the endeavours of the authorities, some 700,000 civilians died of malnutrition-related causes in Germany and a proportionate number in Austria.

When Generals Ludendorff and von Hindenburg assumed overall command of the German armed forces in August 1916, they set about subordinating the entire economy to their diktat in pursuit of victory in the war.

Poles, Ruthenians, Czechs, Slovaks and others in the east were pressed into serving the Central Powers’ war machine, in industry and agriculture. Although sometimes presented with a “contract”, coercion was a factor in most conscriptions.
As the German army advanced on St Petersburg in 1917, the districts of Courland, Lithuania and Bialystok were renamed military district Ober Ost by the high command, and were subject to the most ruthless exploitation of resources, with livestock and agricultural produce extracted for export back to the homelands.

By the war’s end, Germany had shrunk back to her original frontiers, while the Habsburg and Tsarist empires were no more. As one historian describes it: “A continent of empires was giving way to one of imperfect nation-states.”

It was in this tangle of “imperfect nation-states” that the various subject peoples sought to find new identities, and reject others; the position of Jews became much more precarious in this new constellation.

All the while the victorious Western capitalist powers and the fledgling Bolshevik republic competed to attract these new entities, with their alternative ideas of what a new world order should look like, a process in which the Polish and Ukrainian peoples would figure most prominently. 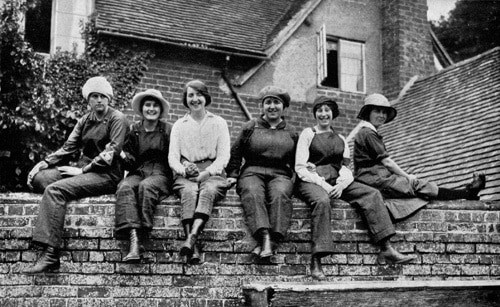 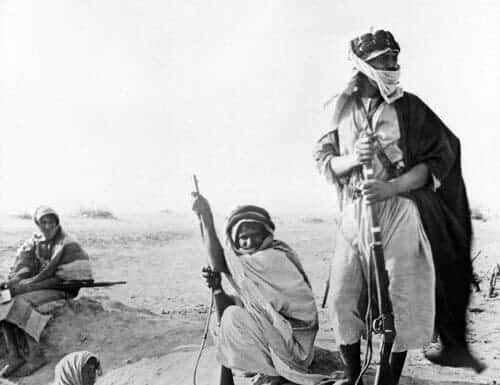 The use and abuse of the Arab Revolt