In synopsis ‘Changing Lanes’ could sound crude and sentimental. It’s about two New York men living very separate lives which literally collide on the FDR driveway. Gavin Banek (Ben Affleck) is the Young Turk of Stephen Delano’s up-market law firm. Handsome, lean, married to the boss’s daughter, he has it all. Doyle Gipson (Samuel L Jackson) is a recovering alcoholic, holding down a job tele-selling insurance and desperate to fix a mortgage for his estranged wife and two sons to forestall her move out of his life to Oregon.

They are simultaneously en route to the same courthouse when the accident happens. Banek expects to routinely defeat a family challenge to the disbursal of a client’s estate. Gipson hopes to contest his wife’s file for divorce.

When Banek flees the scene of the accident, ignorantly refusing Gipson’s attempts to exchange insurance particulars, he leaves behind a vital file which loses him the expected walkover in court. Banek is given the rest of the day to retrieve this file by the judge. Gipson’s lost time, meanwhile, leaves him too late to convince the divorce judge that he is mending his ways. This sets up the consequent cat and mouse day of the two embittered protagonists, towards a feel-good ending which I will not spoil.

What makes this tale so absorbing is its careful depiction and plotting of class tensions. Both lead actors produce superb portrayals of separate struggles to do the right thing–morally, sexually, professionally. Gipson’s humble determination to regain his family by renouncing alcohol turns into seething anger when thwarted by bureaucracy and ill feeling. Banek’s shame at having effectively conspired to defraud the wealthy client’s estate is only aroused when his boss switches from promising to give him his yacht to heartlessly threatening him with the sack.

The camerawork and editing are crisp, detailed and vivid. New York looks dirty, potholed, smoky, crowded, smelly and overcast–far from the postcard imagery. South African director Roger Michell, who made the very differently toned ‘Notting Hill’, has followed many previous foreign visionaries in taking a look beyond the cliches at an America with faultlines.

The script manages to juggle believable characters, complex micropolitical issues and sufficient dramatic twists–including two quite spectacular attempted acts of retribution–to hold our attention throughout. One or two improbable coincidences of time and place along the way are forgivable.

Made before but released well after 11 September 2001, this is a throwback to Hollywood at its liberal best, whose highpoint was the early 1970s. Casting Sydney Pollack–director of ‘They Shoot Horses, Don’t They?’, ‘The Way We Were’ and ‘Tootsie’–as Delano seems a nod in that direction. George Orwell once claimed, ‘At a time of universal deceit, to tell the truth is a revolutionary act.’ So when every moment of audiovisual propaganda is spent telling us to fear the American nation, and feel sorry for New York, it is refreshing to find something closer to its everyday realities than the bulk of multiplex dross. 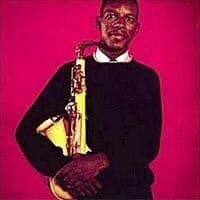 The Libertines: what will happen to these likely lads?