This article is over 16 years, 8 months old
The ANC has failed to deliver.
By Gavin Capps
Downloading PDF. Please wait...
Sunday 01 May 2005

This timely and instructive book by Patrick Bond, a radical academic based in South Africa, shows that Gordon Brown and Tony Blair’s current effort to project themselves as the saviours of the world’s poor is far from unique. The South African president and fellow Third Way traveller Thabo Mbeki has also been donning the garb of global justice in order to repackage neo-liberalism as the solution to world poverty.

Mbeki’s administration has been defined by two trends since coming to office in 2000. First, it has pushed the domestic neo-liberal agenda to new extremes with disastrous consequences for the black majority. Income inequality is wider than in the apartheid era, some 20 million people have experienced water or electricity cut-offs, land remains concentrated in white hands and Aids is claiming around 600 lives a day. This has generated new forms of resistance that have been converging into a broad anti-capitalist movement.

The second trend is the ANC government’s response to its manifest failings and growing opposition at home. Mbeki and his cabinet have increasingly sought to present themselves as the cutting edge of a new project to reform the international order in the interests of the Third World. Their stated target is what Mbeki has termed ‘global apartheid’ – the free-market system that drives world poverty, environmental destruction and Africa’s underdevelopment. Consequently, the new South African government has assumed key positions in the institutions and forums of world capitalism where it claims leadership of the African continent, if not the entire Global South.

Yet, for all their talk of social justice and privileged access to the likes of the IMF and WTO, the ANC globetrotters have in reality made little or no attempt to dismantle the machinery of capitalist globalisation. Indeed, argues Bond, Mbeki’s international reform agenda has at best been frustrated by forces beyond his control and at worst actively works to strengthen ‘global apartheid’. This, he says, amounts to a twofold scam: ‘Not only are local and international friends alike regularly confused by Mbeki’s recourse to radical rhetoric: the left talk. There is an even more debilitating feature of his simultaneous walk right: embracing the global establishment’s neo-liberal premises gets South Africa and Africa nowhere.’

Most of the book is spent revealing what Mbeki’s Third Way ‘scam’ means in practice. The ANC rightly opposed the attack on Iraq in public. But only months later Mbeki warmly hosted Bush, whose visit underlined the sub-imperial role he’s scripted for South Africa in the new scramble for African oil. ‘Bush’, noted the conservative Business Day newspaper, ‘trusts Mbeki probably more than do many South Africans.’

And not only is the ANC government acting as the regional gendarme of US empire, it has played the role of scab and wrecker whenever Third World states have tried to form blocs to counter western power. South African ministers have repeatedly undermined common fronts at most of the major WTO, IMF and UN summits. Meanwhile, most of the president’s reforming energies have been spent trying to foist the New Economic Partnership for African Development (Nepad) on the rest of the continent. Developed in ‘partnership’ with the Davos World Economic Forum and ordained by Blair, Nepad is simply a home-grown version of the neo-liberal Washington Consensus.

So why has the ANC been so compromised in practice? Bond’s answer tells us much about the politics of the ‘Third Way’ as a whole. The new South African government simply believes neo-liberal globalisation is an irresistible force that cannot be beaten, so the best it can do is play by the rules of the game.

In the process of documenting Mbeki’s frustrated global reforms, Bond provides plenty of insights into that system. We learn, for example, that the HIPC initiative – the debt-relief model favoured by Brown – has miserably failed to meet its targets. Africa’s total debt rose from $60 billion in 1980 to $206 billion in 2000, while ever more money was paid out as interest than was received. As with the World Bank’s aid and loans, the HIPC ‘amnesties’ on what are really unpayable debts are in fact used as a lever to prise African countries open to further liberalisation and privatisation. This, says Bond, is the most likely reason why the great powers have no real appetite to see the debt dropped.

The final part of the book provides a welcome analysis of the forces that lie behind ‘global apartheid’ and how these set limits on Mbeki’s international reforms. Bond argues that the classical Marxist theories of imperialism remain indispensable for making sense of the world and goes on to show that there is an essential connection between corporate globalisation, the renewed drive to war and the US’s relative economic decline. As such, the anti-capitalist movement in the Global South cannot rely on home governments to reform the institutions of ‘global apartheid’ like the World Bank or IMF. It must instead demand their abolition and look to the movement’s growing dynamism and widening unity to find new solutions from below.

Invitation to a Sacrifice: poetry by Dave Lordan

In the Name of the Father 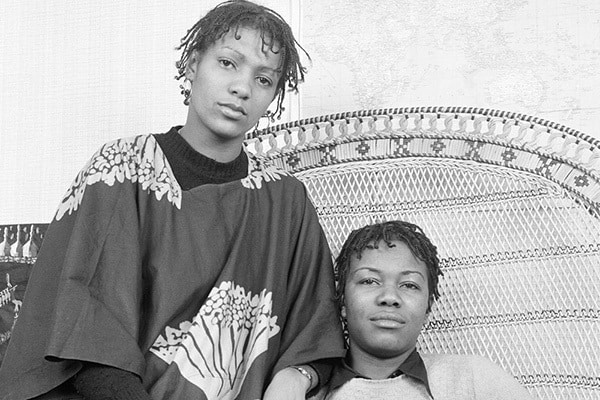