The ugly truth about beauty

This article is over 3 years, 2 months old
Rena Niamh Smith unpicks fashion’s ambiguous relationship with gender, revealing how it relies on the labour of poor women, while both exploiting people’s insecurities and claiming to celebrate “empowerment”.
By Rena Niamh Smith
Downloading PDF. Please wait...
Tuesday 30 October 2018

Every fashion show I’ve ever attended names “strong women” as inspiration in the show notes, whether the collection was conceptual art pieces, or micro dresses and four-inch heels.

Style can be empowering. Angela Davis’s afro was a bold, beautiful middle finger to the Eurocentric beauty standards imposed on black women, symbolic of systematic oppression of black people. Like music, style is an art and individual garments, or hairstyles, both hold aesthetic merit and operate in a wider, often political, trend.

Fashion is not objectifying for women in itself. High heels and the hijab alike have been seen as act of oppression or resistance, depending on how the wider trend or culture they are seen to be part of is interpreted. Style is thus a social art.
Before the Industrial Revolution, fashion was the preserve of the European nobility, regardless of gender; both wore powdered wigs and high heels. With the division of labour under capitalism, the invention of the modern day suit in the early 19th century became the uniform of powerful men befitting their public role. Upper class women were encouraged to pursue fashion as frivolity and beautify themselves according to certain ideals.

While cottage industries declined, making clothes remained an unpaid domestic task for working-class women. Mass production in the 20th century led to affordable prices for workers in the West.

This coincided with the exploitation of a largely female workforce in the Global South. According to a 2011 report by War on Want, 85 percent of the 3 million garment workers in Bangladesh are women. Wages are pitifully low, hours long, and half of the workers surveyed had been beaten.

For the fashion industry, gender identity is a tool to promote consumption. Ironically, through pushing a programme of conformist behaviour, the industry’s aim is to atomise. The “must-have” trend cycle of fashion keeps women disproportionately locked into an economic bargain with the devil whereby they must spend a portion of their earnings and time on staying “in fashion”, yet risk derision as soon as what they wear goes out of style.

The fashion industry makes billions from women’s — and men’s — insecurities. After two centuries under capitalism, the beauty standards imposed on women are more rigorous than ever, and so successful that many are marketed to men too. This summer, Forbes described Chanel’s release of Boy de Chanel, a makeup line for men, as “revolutionary”.

While women’s value is reduced to their appearance across capitalist industries, fashion has developed its own aesthetic of womanhood totally removed from reality. In 2015, artist Yolanda Dominguez asked children to describe models in fashion campaigns. They described female models using words like “ill”, “hungry”, “sick”; they thought the male models were superheroes or powerful businessmen.

Non-models are described in magazines as being “real women”, as if models are figures of the imagination, rather than workers in an all-too-real industry.

At size 24, Tess Holliday was an unusual choice for Cosmopolitan’s October 2018 cover. Yet plus-size models still conform to an hourglass standard.

Piers Morgan decried the cover for promoting obesity, a growing killer that particularly affects children. As a poverty-related illness, discussion around obesity should call out austerity rather than individual choice. Cosmopolitan did no such thing, paying lip service to a changing demographic on the cover while pushing the same old weight-loss agenda inside through editorial and advertising. Women and their weight are subject to far higher levels of scrutiny than men.

As the feminist slogan goes, “the personal is political”. People describe body hair on women as “unnatural”, but it is only since razor companies began marketing to women that they began removing what is entirely natural. Rather, the ubiquity of imagery of women’s bodies without hair creates a hyperreality indistinguishable from fact; razor adverts even show models shaving already hairless legs.

Fashion reveals gender as performance. Biological sex is rooted in physicality, though as the struggles of the trans community show, it is not bound by what we are born with. In “Performative Acts and Gender Constitution”, Judith Butler writes, “to be a woman is to compel the body to conform to a historical idea of ‘woman’, to induce the body to become a cultural sign, to materialize oneself in obedience to an historically delineated possibility”. Gender is a script the actors come to believe.

Feminism is back in fashion, as in Dior’s “We Should All Be Feminist” tee shirts. Topshop, owned by Phillip Green, recently pulled a pop-up with publisher Penguin promoting Feminists Don’t Wear Pink (And Other Lies) edited by Scarlett Curtis. Curtis stated: “The patriarchy is alive and kicking. The fact [Topshop] clothe an entire nation of teenage girls but won’t support something that fights for their equality is awful and heartbreaking.” When Sir Green was named as the billionaire who tried to gag press over sexual assault allegations, it gave the picture a sickening twist.

In an age of identity politics, blaming the patriarchy will only take us so far. How we wear clothes – and understand gender – would be transformed in a world without a race for profit. 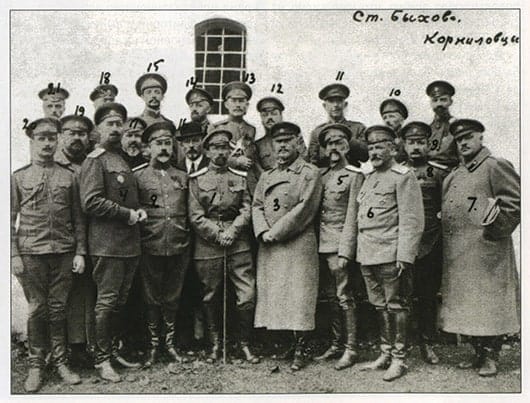 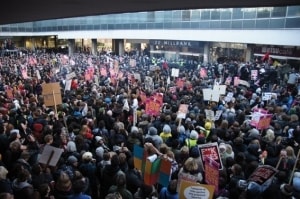 Weapons: The Scoop That Didn't Hold the Press 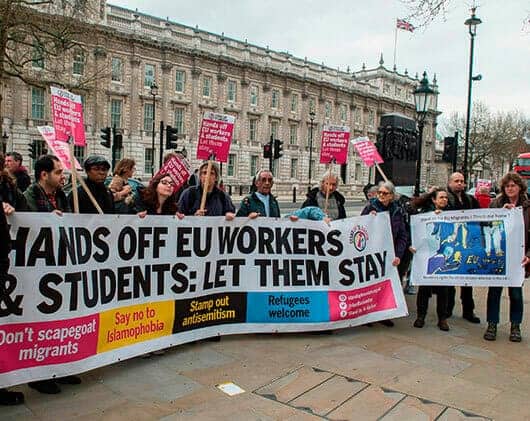