The recent protests in Ukraine began on 21 November in the run up to the European Union (EU) summit in the Lithuanian capital Vilnius, at the end of November. They followed a government announcement that it was ending preparations for signing an association agreement with the EU.

The first protests in the capital Kiev’s Independence Square, organised by the three main opposition parties in parliament (apart from the pro-Russian Communist Party), were only hundreds strong.

One look at the leaders of these parties tells us why the anti-government movement has not moved forward to unite people around demands that can really improve their lives.

The most famous of the leaders is Vitaly Klitschko, the world heavyweight boxing champion, whose party acronym UDAR unsurprisingly means “punch”.

According to the German weekly Der Spiegel, “Merkel’s center-right Christian Democratic Union and the European People’s Party (EPP)…have chosen Klitschko as their de facto representative in Ukraine… ‘Klitschko is our man,’ say senior EPP politicians, ‘he has a clear European agenda’.” Klitschko’s party has observer status in the EPP.

The main party of the parliamentary opposition is the Fatherland coalition of imprisoned billionaire Yulia Tymoshenko, which also has EPP observer status.

It is led by Arseniy Yatsenyuk who stressed his loyalty to western leaders saying of Ukrainian president Victor Yanukovych in December, “He is spitting in the faces of the United States, 28 countries of Europe, 46 million Ukrainians.”

The most dangerous of the three party leaders addressing the crowds in Independence Square is Oleh Tyahnybok, the virulently anti-Semitic leader of the Nazi Svoboda (Freedom) party.

This was formerly called the Social-Nationalist Party of Ukraine, deliberately echoing the name of Hitler’s National Socialist (Nazi) party.

Just in case people did not get the connection, the party’s symbol was swastika-like. It changed its name in 2004 to become more electable.

Members of Svoboda have been involved in violent attacks on left-wingers, anti-racists and LGBT people. Its MPs are known for brawling in parliament.

In 2007 Svoboda did not manage to get even one percent in parliamentary elections. In 2012 it came in fourth with over 10 percent of the votes and 36 MPs, coming second in Kiev.

It may seem strange that a fascist party is pro-Europe, but Ukrainian nationalists, including the fascists, are anti-Russian. Drawing closer to the EU is seen as weakening Russian influence and is therefore supported.

The fascists are not the main directing force of the demonstrations, but the three leading parties together are driving the movement into a blind alley.

The turning point came in the early hours of 30 November just when the demonstration following president Yanukovych’s refusal to sign the association agreement seemed to be winding down.

The authorities called in the riot police to batter people camped out in the square. This provoked outrage and hundreds of thousands took to the streets in what became a huge protest.

The anti-government, anti-presidential mood increasingly outweighed the pro-EU sentiments. The town hall and government buildings were occupied. There were significant protests in other parts of western and central Ukraine.

Back in Kiev the three politicians heading the protests – remember, two conservative neoliberals and a fascist called for a general strike.

But why should workers strike for a closer relationship with the EU, even if they may look with some hope at the higher living standards in the West? The EU and IMF have offered aid but only if the government agrees to introduce “reforms”. Ukraine itself has already undergone EU-IMF style “reforms” – the neoliberal catastrophe of the 1990s.

Ukraine became an independent state with the collapse of the USSR in 1991. The economy shrunk by 60 percent in that decade – 22.9 percent in one year alone (1994). Life expectancy decreased as did the population.

Recession hit again following the world crisis in 2008. Rising poverty and unemployment went alongside the emergence and enrichment of a group of powerful oligarchs.

In today’s Ukraine the wealth of the 100 richest people is worth almost 40 percent of GDP.

Election results in the south and east typically favour president Yanukovych’s governing Party of the Regions. This represents the oligarchs who have business interests with Russia. In the west and central regions the dominant parties speak more for pro-western business interests.

Ukraine is sandwiched between two big power blocs, the EU and Russia. The Ukrainian state is formally neutral but there is a Russian naval base in the Crimea.

The lease for this was extended by Yanukovych for 25 years in 2010, annulling the decision of his pro-western predecessor Viktor Yushchcenko to end the lease to 2017.

The West is clashing with Russian president Putin over Ukraine. In recent years Sweden’s foreign minister Carl Bildt and his Polish counterpart Radek Sikorski initiated the Eastern Partnership, spearheading the EU’s offensive to draw into its orbit Ukraine and other former republics of the USSR.

At Vilnius both Georgia and Moldova signed the EU agreement. Throughout December a stream of Polish right-wing politicians addressed the Kiev crowds as did US Republican John McCain.

For his part Putin has been using Ukrainian dependence on Russian trade links, especially gas supplies, to push it into joining the Russian dominated Customs Union (which includes Belarus and Kazakshtan).

However Ukraine’s strategic importance led Putin to offer Yanukovych cheaper gas and 9 billion pounds in aid at their meeting on 17 December.
With 46 million people Ukraine has the biggest population of the former Eastern Bloc states apart from Russia. About 35 percent of the population speaks Russian at home and its main trading partner is Russia.

Ukraine’s rulers would like to cherry pick the best deals from both the EU and Russia, but neither Brussels nor Moscow will let them do that. Inside the country the oligarchs are falling out not just over Europe but also over the division of the country’s spoils. There is a growing rift between Ukraine’s richest billionaire Rinat Akhmetov and his political ally Yanukovych.

The protesters in Kiev have shown that they can make the government back away from applying police brutality.

It is possible that this can encourage workers to fight, but the political direction of the movement, with nothing to offer save a demand for new elections, also could push people into the arms of the governing party.

The example of the 2004 Orange Revolution should be a warning. From being the hero of the crowd and the winner of the rerun presidential elections in 2004, Yushchenko slumped to fifth place with only 5 percent of the poll in 2010.

Following the interests of one or other section of the oligarchs will lead nowhere. Without workers and students putting forward demands which can unite people in both the west and the east of the country there can be no real defence against ruling class attacks. 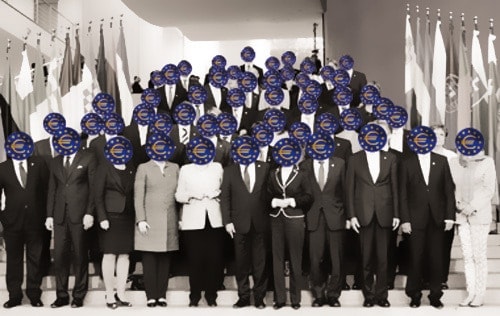 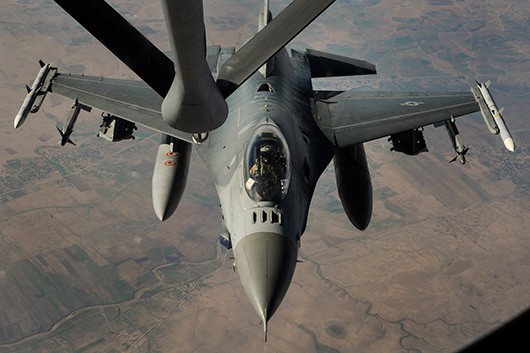