In early 1917 Lenin wrote to his close friend Inessa Armand, “I am still completely ‘in love’ with Marx and Engels and I can’t stand to hear them abused. No really they are the genuine article.”

Those of us who have come to appreciate Paul Le Blanc’s writings on Lenin would not be at all surprised to find that although he may not be in “love” with Lenin he clearly admires him. Le Blanc’s book is written with respect for the common ground he shares with others. His essays provide a rich and stimulating guide to Lenin’s political thought and the struggle to get to grips with his legacy.

This was a legacy lost in the intellectual superficiality of Stalinism where an artificial “Leninism” was constructed to act as a source of authority that could not be questioned, thus empowering those who claimed to represent it. Le Blanc makes it clear that Lenin’s political thought should not be viewed as dogma. Neither should it be seen as a carbon copy of Karl Kautsky and the Second International at one end or the summaries offered by Zinoviev, Bukharin and Stalin at the other.

He effectively shows that there is a coherent development of Lenin’s political thought up to the 1917 Revolution in Russia as well as complex and challenging (if somewhat more problematic) developments of his thought after that revolution.

Le Blanc concedes that the term Leninism is highly controversial and subject to multiple and utterly contradictory meanings; nevertheless it soon becomes clear that he is not prepared to surrender the term either to the sterile anti-Leninist consensus, which he so searchingly pulls apart, or to those who would argue that it has no “scientific” value whatsoever.

He writes, “My meaning, when I use the term Leninism, involves the combined theoretical, analytical, strategic, tactical and organisational approach consistent with the life and thought and political practice of Vladimir Ilyich Ulyanov — popularly known as Lenin.”

Le Blanc’s emphasis on the centrality of politics, for Lenin, as well as his views on the necessity of political organisation, is brought out well when considering the relevance of Lenin today.

He cites an essay by the French Marxist Daniel Bensaïd which concludes that “a politics without parties ends up in most cases as a politics without politics…either aimless tailism toward the spontaneity of social movements, or the worst form of elitist individualist vanguardism, or finally a repression of the political in favour of the aesthetic or the ethical”.

The vision and inspiration that underpin his writing in these essays are brought into sharp relief when he muses how the negative features of what he terms “actually existing socialism” and then its collapse have taken their toll. All of this has combined with the relentless assertion by opponents of socialism and revolution, of a deep bond between Lenin and Stalin argued with the specific intention of closing off the revolutionary socialist path as anything that a thoughtful humane person would choose to follow.

However, Le Blanc turns this perspective around when he argues: “If not enough thoughtful, humane people are prepared to forge a revolutionary socialist path to the future, then political freedom, genuine democracy, a decent life for all people, not to mention the survival of human culture and planet Earth, might not be part of the future.”

It is in this light that the book deserves to be widely read.

Gripping read of a besieged city 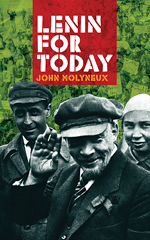