United Nations: Coalition of the Killing

This article is over 18 years, 10 months old
The next few weeks will see a mixture of bribery and coercion as George Bush and Tony Blair attempt to veil military self aggrandisement in the language of coalition.
By Andrew Stone
Downloading PDF. Please wait...
Sunday 09 March 2003

Whether it takes place through a ‘coalition of the willing’ or under the cover of the UN, the manoeuvres that have characterised the build-up to war should dispel any illusions of an ‘international community’ of our rulers.

The Orwellian ‘final push for peace’ promised by Blair was described by a UN observer as ‘the British are doing the diplomacy and the Americans are writing the cheques’. Turkey, which is central to the US plan for a northern front, is the most transparent example of this kind of diplomacy. Despite 90 percent of its people opposing the war and a mass protest surrounding the Turkish parliament scuppering the government’s attempts to get an overall majority of deputies ratifying it, it is considering a $30 billion ‘compensation’ deal with the US. This would be tied to ‘assurances that Iraqi Kurds will not get more political or military power during and after any war’. Turkey has persecuted and ethnicly cleansed its own Kurdish population, and attacked Kurds in northern Iraq with US complicity.

The wrangles inside the Security Council have been no less cynical. Bulgaria rushed to back war in anticipation of the US Senate ratifying its Nato membership. Angola was offered $4.1 million by the US for the resettlement of refugees. Chile has been offered the carrot of a more favourable free trade agreement. Mexico is dependent on the US for 85 percent of its exports, and is eager to negotiate a deal on migration. Pakistan has been offered generous loan deals.

A US official described the decision facing Security Council members thus: ‘Those countries that receive aid from the United States themselves recognise the importance of donor dollars, and don’t need to be reminded.’ They will all be aware that in 1991, when Yemen voted against the Gulf War, a senior US diplomat told the Yemeni ambassador, ‘That was the most expensive no vote you ever cast.’ Within three days the US cancelled a $70 million aid programme to Yemen.

Of course, although the US is militarily dominant, there are competing imperialist powers that would like to put a check on it. This is partly out of existing economic interests–France and Russia have Iraqi oil contracts that they are eager to defend–but it is also about wider, long term strategic concerns. The US depends on oil imports for about 70 percent of its domestic demand, and is due to expend its current reserves in ten years. At current production rates Iraq has 526 years of reserves. But preventing the growth of potential rivals through denying them control of this vital resource is also important. France, Russia and China also all fear that a successful invasion of Iraq will encourage the US to threaten their interests elsewhere–such as Russia’s investment in Iran’s Bushehr nuclear plant.

So the smaller imperialist powers have also been jockeying to buy Security Council votes. Cameroon has been pointedly reminded that France is its biggest donor. The right wing dictatorship in Guinea is also considering the relative advantages of supporting its second biggest donor, France, and its biggest, the US–whose $200 million a year amounts to about half of the Guinean national budget. The recent defiance of ‘Old Europe’ within Nato and the EU was another example of the frictions resulting from a particularly emboldened superpower.

All of which makes a mockery of the democratic facade of the Security Council. Set up to police the postwar division of the world, it has either been a conduit for the aggression of the major powers–such as its support for the Korean War and the first Gulf War–or bypassed when those interests became threatened. That the US, which has used its Security Council veto more than any other country, should complain at its ‘unreasonable’ use is particularly rich, given that in the past 30 years it has vetoed 34 resolutions seeking to restrain its watchdog in the Middle East, Israel.

It is one thing to expose the hypocrisy of our rulers, another to make opposition to war conditional on them. Jacques Chirac, whose party did a deal with the Front National in 1983 (allowing them to get their first council seat), is not to be trusted. Neither is Vladimir Putin, the butcher of Chechnya, nor the dictatorship in China. The UN reflects the relative power of the countries that make it up. Bush and Blair’s willingness to ignore their own rules if necessary is a weapon for the anti-war movement to wield. But whatever means they find to perpetrate this assault they must be opposed for the warmongers they are. 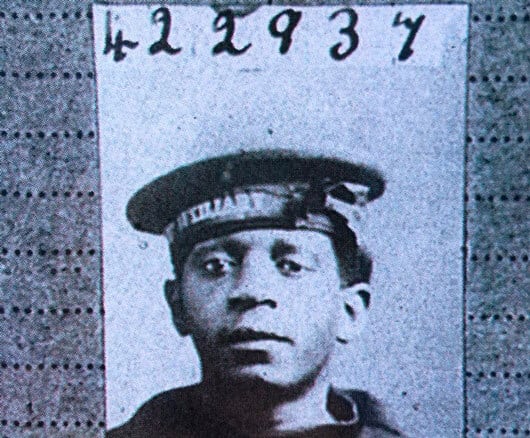 When race riots marred the streets of Britain