This article is over 16 years, 11 months old
As I write this, the news is all about the Asian tsunami - what a terrible tragedy.
By Ron Acock
Downloading PDF. Please wait...
Tuesday 01 February 2005

We must do all we can to help these people, including cancelling their debts. There would be little point in giving millions of pounds to these people only for the government to claw it back for the repayment of debt. What is interesting is people’s unity of purpose from all nations and religions to help. This same unity could be used to bring peace and to rid the world of the warmongers.

We must not lose sight of the fact that a tsunami is an act of nature and is not man-made, whereas there are tragedies happening today that are man-made. One hundred thousand innocent Iraqis have been killed in an illegal war for which we as a nation are partly responsible.

The US aggression against Iraq supported by Britain is a violation of the UN Charter. Are we to believe that the people of Fallujah are happy to see their city destroyed by the Americans? The £6 billion of taxpayers’ money already spent on this war would have been better spent on helping the people of Asia.

We have already lost the war in Iraq. The Americans will now be looking for a face-saving way out. The hypocrisy of George W Bush and Tony Blair is breathtaking. There can be no fair and democratic elections in a country occupied by foreign troops.

I note that politicians are again talking about eradicating poverty. This is just so much spin – these are the same politicians that support a political system who creates poverty and war. 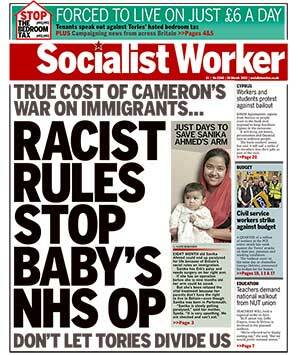 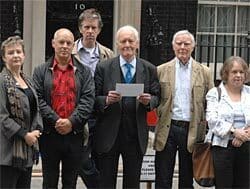