Socialist Review has promoted an important debate on mental health issues in the last few months, with a diversity of views addressing a complex subject. The last contribution from Susan Rosenthal (“Marxism and Psychology”, February SR), however, has little regard for complexity. It is hard to take seriously dismissive comments such as, “Freudianism…reduces the mind to the genitals.”

I share Susan’s view that a huge proportion of mental distress is rooted in the way society distorts and damages our humanity. However, if it is all simply reducible to capitalism, why is there evidence of mental distress dating back to ancient Rome?

Susan treats all psychiatrists and psychologists as oppressors. If this were really true, we would welcome cuts in mental health services! Of course, it isn’t true. On the contrary, the mental health professions are a battlefield of ideas. Take “antipsychiatry” in the 1960s and 1970s — the label given to an international and politically diverse rebellion against mainstream psychiatry.

Franco Basaglia, for example, strongly influenced by the left, initiated a successful campaign to shut all Italy’s asylums. John Foot’s fascinating new book, The Man Who Closed The Asylums, tells his story. The legacy of antipsychiatry remains hotly debated on the left today, but to ignore or dismiss it — as well as unambiguously progressive networks active now, such as Psychologists Against Austerity — does us no favours.

Socialists promote unity between service users and providers in fighting for better practice, as well as more resources here and now. There is no contradiction between this and the wider struggle against our maddening world. I agree that “crude materialism should not be confused with Marxist materialism”. Sadly, this is precisely where Susan’s article fails. 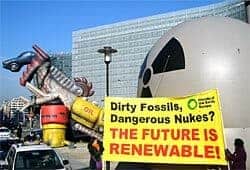