John Golding only merits a handful of mentions in the Benn Diaries, yet Golding himself seems to have been positively obsessed with Benn and the Labour left throughout the late 1970s and early 1980s. Golding was a central figure in the ’moderate‘ group of Labour members, loyal to the leadership and desperate to maintain an even political keel. The ’moderates‘ waged a vicious campaign against the left, smearing and blaming the likes of Benn, Eric Heffer and Militant for all of Labour‘s woes. The story of how Golding and the ’moderates‘ managed to destroy the left inside Labour and pave the way for Kinnock and the eventual Blairite leadership is an instructive one for all of us who argue against the possibility of ’reclaiming Labour‘ and the need to create initiatives like Respect.

With impeccable trade union credentials (union membership since adolescence, rising to full time political officer) and a working class background, Golding became a solid figure inside the Parliamentary Labour Party. He suffered from all the delusions that this brings with it. In supporting every anti working class twist and turn manoeuvred by successive Labour governments in the 1960s and 1970s, Golding rose to become a prominent figure in the ’moderate‘ wing of Labour. Like many inside the Labour Party, Golding‘s ideology was fuelled by the insistence that only by shoring up the leadership, no matter how rocky the situation, can the ’true‘ goals of Labour – social justice through redistribution – be brought about. So when the left dared to criticise the premiership of James Callaghan, Golding and his ’moderates‘ swung into action.

The Labour left at this time consisted of two major sections. There were those around Tony Benn, the committees for ’Labour Democracy‘ and the ’Campaign Group‘ whose basic aim was to replace the ’moderate‘ leadership with Benn and his allies so as to use Labour for its initial aims. The second group was Militant, who believed that a ’socialist‘ parliament is a precondition for revolution. These two groups often fought together on common ground, criticising and resisting the rightward creep of the leadership. This was too much for Golding. It became essential to silence these voices and maintain a solid, if ineffectual, leadership.

At conference after conference, meeting after meeting, the left would flood the place with critical resolutions and amendments. The mastery of bureaucracy is a refined art and it became increasingly difficult to prevent the critical voices from being heard. So Golding played them at their own game: planning, caucusing, presenting rival motions, restricting and reordering order papers. On top of this, smear was used to attack the left. It seems that spin didn‘t arrive with Mandelson and Blair, but was a child of necessity for the right wing of the Labour Party a few years before.

In this way Golding and the ’moderates‘ not only helped to keep Benn from the party leadership but whipped up a massive scare over the aims of Militant. Callaghan and Michael Foot initially resisted any moves to expel Militant from Labour, but the pressure and scaremongering moved the party machine into action. Innumerable investigations into the activities of individual members, wards (the smallest organisational grouping) and even sitting MPs amounted to a witch-hunt against the group. In the book Golding recounts with unrestrained glee the defeats of Benn (who he likens to Toad of Toad Hall) and the expulsion of Ted Grant and other leading figures of Militant from the party.

Although the content of the book cannot be easy reading for anyone with sympathies on the left, it is an essential counterposition to the Benn Diaries. Many of the stories are told with humour and a level of self knowledge sometimes missing in other accounts. More than any of this, Hammer of the Left is an important contribution to the history of the Labour Party and clearly shows the difficulty, if not impossibility, of organising a reclamation of the party for socialist principles (or any principles at all). Nonetheless Golding, a Labour loyalist and trade unionist first and foremost, would have been disgusted with the behaviour of the present Labour government – but do we think the gamekeeper would have turned poacher? 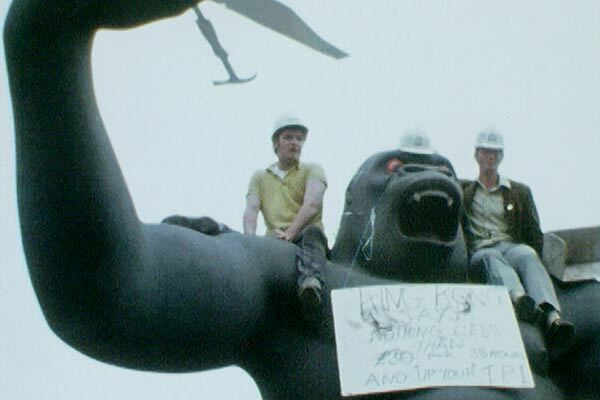 Britain on Film - fascinating and fun footage to watch online 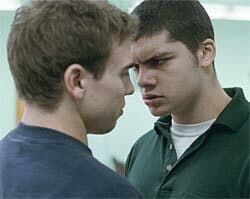