This article is over 17 years, 8 months old
Pat Stack's world exclusive on that affair.
By Pat Stack
Downloading PDF. Please wait...
Saturday 01 May 2004

The tabloids have been full of it, the eyes of the world have watched aghast, everyone is talking about it, but here – for the first time – one of the couple tagged the ‘text bombers’ tells us exclusively about the affair.

Stack on the Back: Tony, can I ask you how the affair started?

Tony Blair: It was funny really, because when I first met him I hardly noticed him – I was very much in love with Bill at the time. But as you know, Bill walked out of my life and there was this void, and suddenly George was there.

SB: When did you first realise you had feelings for him?

TB: I think it was when he announced his ‘War on Terror’. He sounded so manly, and dominant, even sinister in a sexy way. That sort of thing has always turned me on.

SB: But you knew he already had his own family, and of course you had yours. Didn’t that make you stop and think?

TB: Not really. You see, he said that his family would always come first and me second, but that if I wanted to be his ‘special friend’ I would have to push my family into second place for him. That’s the sort of dominance and humiliation that turns me on. Especially as it’s done in public and the whole world can see me grovelling and doing my master’s bidding!

SB: So what was in it for him?

TB: Oh, he just loves pushing people around – threatening, punishing, humiliating – especially people he thinks are clever. ‘You may have big brains, sweet pea,’ he said to me, ‘but I’ve got big balls, and that’s what counts, and that’s why we will always do things my way.’

SB: Were you hurt when he was seen openly holding hands with Ariel Sharon, and appeared to be publicly treating you with scorn?

TB: Oh no, that’s all part of the attraction. I had no problems with that.

SB: How about guilt? I mean, he got you to lie very publicly to your family about those weapons of mass destruction.

TB: Well, let’s just wait and see. I can prove it’s true if I have to. The thing about mass destruction is that it’s very easy to miss. For instance, I’ve never seen any mass destruction in Chechnya, Colombia or the Congo.

SB: On many occasions George has seemed to laugh off this ‘special relationship’ that you claim exists between you. How do we know you’re telling the truth?

TB: I can prove it, though. You see, I kept the texts.

SB: Can we see them?

TB: Yes. Look, here’s an early one I sent, and his reply.

TB: And his reply:

TB: Later, when the weapons were not found, I know I should have ended the affair. But I just couldn’t, so I texted again:

TB: Nobody believes me, feel so lonely, thank god I’ve got u, but fear family will kick me out xxxx
GB: Look u big wimp, forget the ******* weapons and concentrate on the fact we got that ******* ******* Saddam. The man who was responsible 4 9/11 x
TB:I thought that was Bin Laden xxxx
GB: Who? Watcha talking about? Look, we r fighting a war on terrorism. We want to ****** those terrorists good and hard so just get on with it x
TB: Family really upset. Can I offer a road map 4 peace in Middle East to placate? xxxx
GB: No idea what a road map is, but sure if it keeps them happy, sweet pea. Y not keep it next to your **** and think of me when u feel its touch x
TB: A lot of people r complaining that your family and friends r getting all the good contracts in Iraq. Don’t know what 2 say xxxx
GB: 2 b honest don’t give a ****** **** what u say, just do as u r told or u know what happens 2 naughty boys…x
TB: Iraq seems 2 b heading in2 chaos, what’s gone wrong? xxxx
GB: Listen sniveller nothing’s gone wrong. As I said so clearly to those press ****** the other day, I haven’t made any mistakes. If u think different we r thru and u can **** ***
TB: No, of course I don’t. Ignore me, I was just a little tired xxxx

SB: So, we see in the texts that you were very close, though he often appears to show you little sympathy, patience or affection.

TB: Ah, yes, but that’s just his way, and I find it exciting. Anyway, things have moved on. The other day I got an unsolicited text from him. The first time he’d ever texted first – that’s very important you know.

TB: We had a wonderful time together. But after I got back, Sharon popped over and they looked very, very close. So I texted:

TB: George, thought I was your special friend, and what about our road map, it meant so much 2 us xxxx
GB: Listen, I’ve told u I can c whoever I like. And what’s this road map thing? if u r going to whinge u can go ****
TB: Sorry, of course not. Have burnt road map.
Luv u xxxx

Revolt on the Nile

Education: Choice for the Few 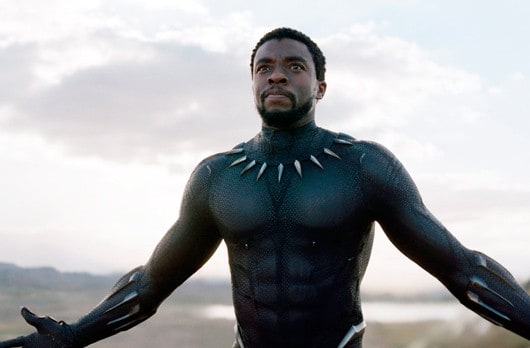 Culture Clash: Superheroes are cinema too