This article is over 12 years, 10 months old
The workers at Vestas on the Isle of Wight have not won yet. But even without winning, they have done more for environmental politics in this country than a hundred conferences.
By Jonathan Neale
Downloading PDF. Please wait...
Tuesday 01 September 2009

First, they have changed the debate about wind power. It’s not true that onshore wind development is stalled in this country. There has been a 500 percent increase in onshore wind power in Britain in the last five years.

But it is true that among environmentalists many people took the NIMBY opposition to wind farms seriously. Now the balance has shifted decisively.

Vestas has also brought socialists, trade unionists and environmentalists together in a new way. The labels are a bit misleading. Many people, like me, are all three. But everyone who came to the camp outside the Vestas factory commented on how everyone was cooperating in a new way.

The majority of the people who came to support the Vestas workers from the rest of Britain were socialists or trade unionists. A workers’ occupation made a kind of immediate visceral sense to them.

And many leaders of national environmental organisations seemed nervous about openly supporting a workers’ occupation.

The only one who came down to speak to the workers, to his great credit, was Phil Thornhill.

But if the connection was less immediate for many greens, and more unexpected, it was still powerful. Oxford, for instance, is ground zero for the environmental elite in Britain. During the Vestas occupation Ed Miliband, the climate change secretary, was due to speak at a meeting in Oxford town hall organised by Friends of the Earth (FOE).

In two days local socialists, trade unionists, environmentalists and Green Party members got the word out that Vestas workers would be coming.

Some 600 people showed up. The chair from FOE refused to allow a Vestas worker to speak from the platform. But Oxford activists, supported by Mark Lynas, George Monbiot and hundreds of the people in the room, forced him to allow a speaker on the platform.

It was the first time for at least 200 years that a striking worker has spoken on a platform with a government minister. The audience supported Hughes.

The chair from FOE, enthused, made sure he called the other two Vestas workers he had been introduced to and the Oxford revolutionary who had introduced them. That’s a sign of how the green movement is changing. But perhaps even more important are the changes in the labour movement.

The mainstream of our movement has nodded at climate, but not really taken it seriously. Vestas has made the possibility of workers fighting for green jobs real and concrete. The Campaign against Climate Change, the RMT, the PCS, the CWU and the TSSA have been working on a plan for a million green jobs. That was a plan. After Vestas we can imagine making it happen.

Vestas workers will be plastered all over the TUC this year. And speaking just for myself, I have walked through a small English town with 400 manual workers all shouting “Our Jobs, Our Planet”. That’s what the Vestas workers have done without winning. Think what will change if they win.

The weak point is the government. New Labour is embarrassed at promising a million green jobs and refusing to save 600. The call by the Vestas workers for a national day of action on 17 September aims to put pressure on the government.

Rallies and public meetings on that day will not be enough on their own. Solidarity strike action would be ideal. It’s unlikely. But we can aim for action at work that is edgy and will have a national impact. Other workers will have their own ideas.

Finally, if the day of action is good but the government does not bend, we will come back with another day. Keep saying that to everyone you meet. It will scare the pants off the government. 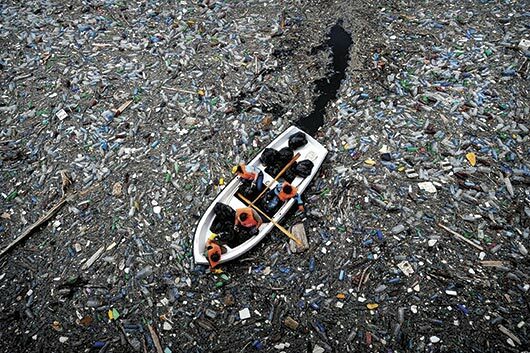