“The time has come./ I begin/ the story of Lenin”. So opens Russian poet Vladimir Mayakovsky’s astonishing 3,000-line poem written shortly after Lenin’s death in 1924. The poem articulates the grief and shock of Lenin’s passing; “On the worker/ bent at his gears/ the news pounced/ and bullet-like burned”. It also pleads for Lenin not to be idolised: “I’m anxious lest rituals,/ mausoleums/ and processions,/ should/ obscure/ Lenin’s essential/ simplicity”.

Mayakovsky pays tribute to Lenin, his leadership and the vital role he played from the first revolution in 1905 through to October 1917 and beyond, writing, “It’s here/ the factory multitude flows/ in Lenin’s smithy/ to be tempered/ and steeled”. He describes Lenin as a physical force on his return to Russia during 1917: “through the Vyborg suburb/ rumbled an armoured car./ And again/ the gale,/ momentum gaining,/ set/ the whirlwind/ of revolution spinning”.

His poem also broadens to include a history of capitalism and a defence of the importance of a revolutionary party: “A Party’s/ a raging,/ single-voiced storm/ compressed / out of voices/ weak and thin”. For capitalism he uses a metaphor of a young man: “Feudal tights/ felt too tight for the youngster”; who overtime went over the globe devouring “Whole kingdoms/ and counties” and eventually “he too/ outgrew himself/ living/ off the blood and sweat/ of the people./ Just guzzling,/ snoozing/ and pocketing pelf”.

I enjoyed this poem most when it thundered, as in these lines about the horrors of the First World War and the role of the Zimmerwald conference which took a stand against it; “The world’s/ iron scrap-heap/ kept piling and piling,/ mixed with minced man’s-flesh/ and splintered bone./ In the midst/ of all this/ lunatic asylum/ Zimmerwald/ stood sober alone”.

The brief but useful introduction to this poem by Rosy Carrick explains that it was hugely important to Mayakovsky. He was devastated by Lenin’s death and wrote at the time, “Never have I wanted to be understood so much as in this poem”. He wrote in it for the men and women of the Russian Revolution: “All/ my thundering power of a poet/ is yours,/ my class/ waging rightful battle!”

With this new translation — the first time that this poem has been available in English for over 30 years — I have enjoyed having the chance to learn from him and delight in the role poetry can have in resistance and struggle; “Let stanzas/ like fighting slogans resound!” 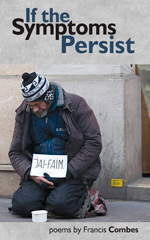