This article is over 19 years, 7 months old
The resignation, when it came, was widely expected. The decision by Stephen Byers to quit the government has cheered everyone who is sick of the appalling state of the transport network.
By Editorial
Downloading PDF. Please wait...
Monday 03 June 2002

The railways teeter on the brink of collapse, the privatised air traffic control system repeatedly breaks down and the roads are congested.

Byers and New Labour claim none of this is their fault. The line following his resignation was that he was forced out by a hostile media and City investors who are angry with his decision to take Railtrack into administration. For many, however, the last straw came with the deaths of seven people at Potters Bar following a train derailment.

His departure strikes a blow at the heart of New Labour. He was one of Tony Blair’s closest colleagues and was brought in to take over the transport department after the last general election to push through even more privatisation. In particular he was determined to sell off the London tube, despite the appalling record of Railtrack, widespread hostility from the public and the unions, and a whole number of reports which have exposed the bankruptcy of the scheme. Yet all this is ignored by the government.

Public services continue to deteriorate. On the same day that Byers was forced out of office a report published by the Community Health Council found that a 90 year old woman in Merseyside was forced to wait for four days in an accident and emergency ward. It also found a woman aged 81 in the same hospital who had been waiting 47 hours to see a specialist. Figures on the economy now show that levels of growth may be lower than expected, throwing the much trumpeted increased spending on the NHS into doubt.

Opposition to the so called ‘war on terrorism’ continues to grow. Recent demonstrations in support of the Palestinians have been larger than expected and solidly anti-imperialist. With no end in sight to the war in Afghanistan, this opposition is likely to grow.

The response of the government shows the contempt New Labour has for ordinary people. Byers’ replacement, Alistair Darling, will continue with the same free market policies. The government, along with its friends in the media, is now trying to divert attention away from its failures and whip up a scare about asylum seekers. Blair is now putting pressure on the French government to close the refugee camp at Sangatte. He wants to stop those who have been forced to flee war, persecution and poverty from entering this country. Reports that he also wants warships in the Mediterranean to stop refugees coming to Europe show that New Labour has sunk to a new low. This is similar to the right wing Australian government’s appalling treatment of the desperate Afghans who last year were held for weeks at sea, prevented from entering the country, and then dumped on a small island in the South Pacific.

The next few weeks will be crucial in deepening the opposition against New Labour. The departure of Byers shows that although the government has a large majority in the House of Commons it can still be forced to back down. 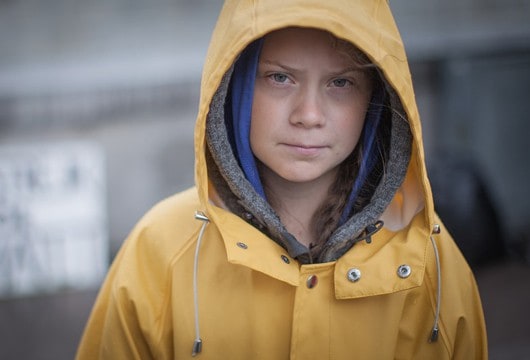 Next steps on climate