Waste Not, Want Not

I am typing this review on my computer, which probably weighs a few kilograms. To produce it hundreds of kilograms of materials were processed, most of which were discarded. To produce each two-gram microchip requires 630 times its own mass in materials, including 72 grams of constituent chemicals, 1,200 grams of fossil fuels to power the processes, and an astounding 32,000 grams of water. For every gram of copper wire, 110 grams of waste rock and ore was discarded.

The continual obsolescence of computers means millions are scrapped every year. The US exports 50 to 80 percent of them to countries like India and China. There, workers on poverty wages break them apart, often with their bare hands, trying to salvage the valuable gold and copper inside. Plastic casings are burnt away or dissolved in acid to release the metals, exposing the workers to incredibly toxic fumes. The remaining solid wastes are at best placed in landfill, at worst thrown into local rivers.

This book describes a world gone mad, where the production of almost all the goods we use is predicated on enormous waste, and disregard for human and environmental health.

Longer articles are interspersed with excellent primers on the environmental impact of goods we might take for granted. For example, anti-bacterial liquid soaps, laced with triclosan and other anti-microbials, drain into the sewage system and help to generate drug-resistant bacteria. These products, advertised as the key to getting rid of germs, are in fact no more effective than ordinary soaps.

This book provides a brilliant resource for any critic of the system, socialist or otherwise. But the book does not emerge from the socialist tradition, and there are points where I feel a different emphasis would be helpful, and others where I have more profound disagreements.

The authors focus on the existence of a ‘consumer class’, which is held to be to a greater or lesser extent responsible for the excesses of the system. This is not the argument that an elite in the west are benefiting from consumerism while the developing world suffers. The authors recognise the existence of a growing consumer class in the developing world, and they too, it is argued, need to change their lifestyles. The authors also recognise that this class has limited choices, that governments and corporations wield the major share of power. Their calls for change are directed both at affluent consumers and at businesses and governments.

The articles assessing progress towards sustainability tend to focus either on legislative projects where progress appears to me to be minimal, or on relatively small-scale schemes run by enlightened individuals. These fair trade cooperatives and eco-friendly businesses are admirable, but their success or failure depends entirely on the vagaries of the market, and they tend to operate on such a small scale that they barely scratch the surface of the problem.

There are small numbers of designers and technologists attempting to produce goods in a different way. I was inspired by the concept of cradle to cradle design, the idea that goods should be designed to be infinitely recyclable, that there should either be no waste in the manufacturing process or that waste should be biodegradable and suitable for composting. A tiny number of goods are being designed and produced in this way. In any sane society this technology would attract billions of dollars in investment, rather than be a minority pursuit.

My major point of disagreement is the premise of the book – the focus of consumption and consumerism as the major force driving the world towards environmental destruction. The preface quotes approvingly the historian Gary Cross, who argues that neither capitalist democracy nor communism but consumerism emerged as the victor in the ideological battle of the 20th century. Consumerism, sold to us by big business through advertising, is the new dominant ideology. The shopping mall replaces the church, the union meeting and the political party. Consumption gives meaning to our otherwise dreary lives.

When life gets bad, many of us do rush out to the shops. But is this really the major driving force in the world economy? I prefer a much older idea, that the drive for accumulation and profit are the key to understanding the relentless, illogical, destructive march of capitalism.

I agree with the authors that part of the solution will be a change in lifestyles. But I believe that these different lifestyles will only emerge on the grand scale needed as part of a larger collective process to transform the economic and democratic basis of the system. When the bulk of humanity is involved in a collective process to change the world, they will revolutionise themselves and their lifestyles.

The Revolution Will Not be Publicised 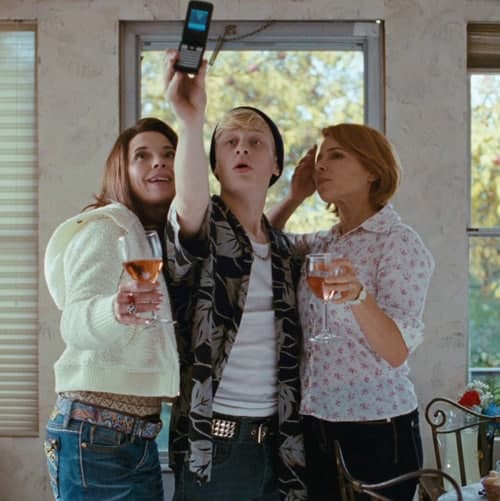 The Age of Cant