The Ways of the World

David Harvey is a Marxist geographer whose writing has spanned five decades. The Ways of the World is intended to be a lightning tour of this work, comprising a series of articles written by Harvey from the 1970s up to the present. Along the way it takes in everything from the nature of crises under capitalism to environmental degradation, via car plant strikes in Oxford and the novels of Raymond Williams.

The analysis of crises is particularly pertinent to the present period. Harvey shows the methods which the ruling class has previously adopted in periods of crisis. These have included suppressing working class living standards while engaging in grandiose building work at home, allied with imperial adventures and quests for new markets abroad. This chapter, as with many others, reads like it was written yesterday.

The section on environmentalism is also relevant to current debates. Harvey rejects the idea of some timeless form of “nature” that stands outside of human society and interaction. There is also a vigorous critique of the idea of placing monetary values on natural phenomena.

This is popular in some quarters of green politics as a way of supposedly appealing to the ruling class in their own language. Harvey points out that the logic of capitalism will always prioritise profits and that environmental degradation will follow as a result. He shows that any major positive environmental changes will require a serious and lasting challenge to these priorities.

My favourite piece is the one entitled “Monument and Myth”. This is a systematic exposure of the history and motives behind the building of the Sacré-Coeur church in Paris. Started in 1875 and not completed until 1914, the building is today a popular tourist site and can be seen from virtually anywhere in the city.

However, as Harvey powerfully outlines, the construction of such edifices is always politically loaded. In this case it was intended as a way of reminding the population of Paris of the “crimes” of the Commune of 1871. This interpretation of the monument has always been contested. On the centenary of the commune in 1971 the site was occupied by demonstrators in memory of the thousands who were murdered when it was suppressed.

It is impossible to put across the full depth and breadth of this book in a review such as this, only to recommend the reader get it for themselves. It is also worth having a look at some of David Harvey’s lectures online. These cover an enormous range of subjects and are thoughtful, accessible and humorous.

The series on Marx’s Capital alone has had over 2 million downloads since it first appeared on the City University of New York website in 2008.

This book is an excellent demonstration and defence of the Marxist method. At the same time the author constantly reasserts his empathy for working people who daily suffer and struggle under capitalism and who, ultimately, offer the only workable solution to the whole rotten mess. 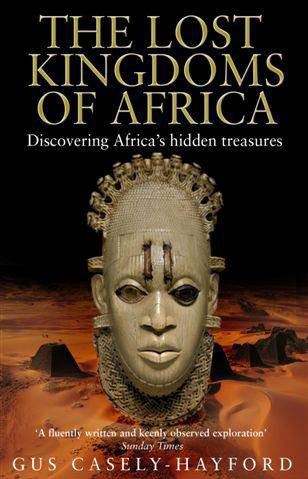 The Lost Kingdoms of Africa