We Call on Your Support

This article is over 19 years, 8 months old
Recently 90 people were arrested in Johannesburg after a demonstration at the mayor's house. Some 49 are still held in prison, awaiting trial. The demonstration was built by the Soweto Electricity Crisis Committee (SECC).
By Alan Goatley
Downloading PDF. Please wait...
Wednesday 01 May 2002

When the mayor, Masondo, wanted votes he came to the streets promising free services, but electricity cutoffs are everywhere. For two years running SECC and its supporters have marched against electricity cutoffs on Human Rights Day (21 March), and for two years the mayor refused to come and receive our memorandum. So in April a crowd went to Masondo’s house in Kensington to fire him from office because he does not listen to us.

But Masondo’s security guard fired eight live rounds into the crowd. People narrowly escaped being killed. After this their fear turned to anger and they trashed the mayor’s pavement garden and made his swimming pool unswimmable. For this all were held in police cells for the weekend, while 49 have now been in jail for over a week without bail. But the security guard walks the streets and the ANC has put direct pressure on the courts to make things worse for the protesters.

In Potchefstroom, a town reminiscent of apartheid South Africa near to Johannesburg, comrades face countless charges after resisting evictions and mounting a campaign for free education. Up to 15 comrades are in jail after building a march of up to 2,000 people.

Since September 2000 we have built a new movement in the country to resist economic apartheid. This is the Anti Privatisation Forum (APF). The organisation has fought against water and electricity cutoffs and evictions and we have gained confidence from the anti-capitalist movement.

The ANC’s membership base has shrunk dramatically over the past three years. A lot of people may have moved to passivity, but a significant minority have joined us in struggles over bread and butter issues of water and electricity provision, against evictions for decent houses, for free education and so on.

Out of this the Anti-Privatisation Forum has been able to pull together demonstrations of over 1,000 people. In its formative stages the APF saw very little harassment of its activities from government and the police. But as the influence of its activities has grown so the government has brought out the cudgel of the legal system against it. Recently we have experienced many arrests of APF activists for illegal demonstrations and also lawsuits by powerful slumlords.

Comrades we appeal that you send messages of solidarity from your organisation to the APF and its activists in jail or facing court charges. This is very important for everyone’s spirit.

Antisemitism and the left in Britain today (1)

Solidarity is the key 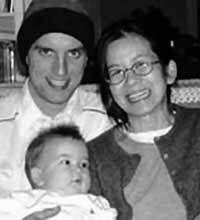