We need a system change to solve climate change

This article is over 10 years, 2 months old
Twenty years since the Rio Earth Summit, Ian Rappel looks at the growing ecological crisis and how we can rekindle resistance.
By Ian Rappel
Downloading PDF. Please wait...
Friday 01 June 2012

It’s that time of the decade again. In June we will see the world’s attention focus upon another United Nations-sponsored international environment conference in Rio de Janeiro, Brazil (“Rio+20”).

Twenty years ago the UN’s conference at the same venue took place in an atmosphere of giddy post Cold War optimism. The importance of the 1992 United Nations Conference on Environment and Development (or the “Rio Summit”) reflected a growing scientific consensus over the emerging environmental crisis.

In the shadow of the 1986 Chernobyl nuclear accident, the discoveries that man-made CFC chemicals were eating a hole through the planet’s ozone layer, that fossil fuel use was leading to global warming, and that species extinction rates were rising to unprecedented levels, fed into public awareness and a desire for global unity.

This rising environmental consciousness provoked a surge in membership for environmental groups such as Greenpeace, Friends of the Earth, the Sierra Club and the World Wildlife Fund, and in some countries was translated into a corresponding increase in Green Party votes. There was a real political and environmental impetus for world leaders to attend the Rio Summit.

The atmosphere at Rio+20, however, will be different. The environmental record of capitalism in the two decades since the Rio Summit will ensure that this month’s meeting will not be noted for optimism or celebration. With the exception of the Montreal Protocol that banned the production of CFCs, there has been no meaningful progress towards healing the widening rift between humanity and nature.

In the face of the shameful truth that the situation has worsened, more than a hundred heads of state (and their entourages) will seek “new” answers to our dilemma. So prepare yourself for press releases and news coverage that will lay out the “difficult” tasks and negotiations facing global leadership in their, apparently, shared goal.

Throughout its history capitalism’s normal functions have exploited worker, peasant and nature with equal degrees of contempt. Capitalists have never “trodden lightly” on the Earth. But neoliberalism has now brought us to a point where there are few ominous precedents.

Not since the last geological episode of mass extinction 65 million years ago – that eliminated the dinosaurs and countless other species – has the Earth witnessed such rapid rates of species loss, climate change and ecosystem collapse. How, then, can our leaders make up for their past failures?

At first glance, the agenda items at Rio+20 appear to be a step in the right direction. The conference focuses on the interrelationships between climate change and economics, cities, poverty eradication, oceans and energy. But anyone expecting a robust critique of how capitalism affects all of these is in for bitter disappointment.

At the heart of all Rio+20 discussions a particular form of “green economy” is being advocated. The concept is ambiguous, but derives its rationale from the argument that climate change is occurring because of the “misallocation of capital” and “market failure”.

Capitalists, so the argument goes, misallocate their investments because they have no way of comparing their profitable adventures with non-monetised entities such as climate, pollution, biodiversity and ecosystems.

For advocates of this version of green economy, the only way out of our destructive cycle is to create “a level playing field” for capital so that the efficiencies of the market can apply across the Earth, and the true economic costs and benefits of environmental degradation and conservation can be revealed.

The recommendations that flow from this version of a green economy will form the basis of many discussions at Rio+20. They argue for the monetary valuation of watersheds, ecosystems and pollution.

Disaster capitalism
But any attempt to solve the crisis, within the system that caused it, will fail. The green economy could operate like a spectacular version of “disaster capitalism” – using climate chaos as a way to further penetrate regions and states and expanding markets.

In order to really understand the potential for resistance at Rio+20 it’s worth reflecting on the conference that took place on the tenth anniversary of the Rio Summit. The 2002 conference, hosted in Johannesburg, was a high point for the global anti-capitalist movement.

There was an atmosphere of anger in 2002 as it became obvious that the environmental crisis had worsened, despite the “commitments” undertaken in Rio.

It also became clear that another decade of globalisation and privatisation, enforced by the International Monetary Fund, had unleashed a tidal wave of ecological destruction. With the support of the anti-capitalist movement, many of the environmental organisations and poorer governments within the 2002 conference felt able to criticise the G8 countries and the activities of multinational corporations. The Economist ran articles attacking the groups as “rabidly anti-business”.

The US president, George W Bush, berated conference delegates from the comfort of Washington DC (having refused to attend) for daring to blame multinationals for environmental destruction – warning them that there would be no more global environmental conferences unless they behaved themselves.

Seeds of revolt
The seeds of the Johannesburg revolt are still potent. Many environmental NGOs have toed the neoliberal line in an effort to secure political legitimacy and financial benefit – although it is likely that their supporters are, if anything, even more concerned by our environmental plight.

The mantle of the anti-capitalist movement has been picked up by the Occupy movement and other campaigns. There are real opportunities to resurrect the dissent of 2002. Whatever the outcome though, Rio+20 offers an opportunity to forge new alliances between the left and serious environmentalists. This unity is essential.

We may soon be called upon to face down technocrats who will come into our communities bearing ecological balance sheets and market mechanisms that render our green urban spaces, our forests, our rivers, our climate and our oceans as commodities and services – to be bought and sold in the interests of private commercial profit.

If we unite we can find ways to protect our planet against the ravages of capital. Crucially, we can also pool our experiences and theoretical alternatives and begin the process of building our green economy – based upon democratic and rational resource use, sanity, justice, and genuine sustainability. 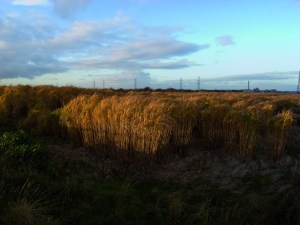 E is for Ecology