What Did the Baby Boomers Ever Do for Us?

Francis Beckett is an angry man – and no surprise. As a child of the immediate post-war generation – the so-called baby boomers – he benefited immensely from the Attlee and Wilson periods of social democratic reform.

Now that any semblance of progressive social policy is in serious decline, he wants to express his anger at those who enabled this retreat and allowed a welfare state to be now in the worst danger it has ever known. The welfare state is now “stuck together with sellotape, starved of money, and struggling under the weight of great, bullying, bureaucratic initiatives designed to give it the appearance of a market”.

Beckett is a well-regarded centre-left journalist and author. He writes with passion and incisiveness about what was gained post-1945 and what has been lost. He attacks Thatcherism and the murder of the Attlee philosophy. He lambasts New Labour over their authoritarianism and economic “modernisation”. He condemns them over their belief in anti-unionism, privatisation and war.

He is also scornful over their benefiting from free university places and student grants before pulling up the educational ladder they themselves climbed. He censures their citizenship agenda of schools’ cadet programmes and compulsory public service, and the return of deference to one’s betters in the “respect” agenda.

The list goes on. But there is a major problem here, and his subtitle sums it up: “Why the Children of the Sixties Lived the Dream and Failed the Future”.

The current debased political culture is, apparently, the fault of a particular generation. From Thatcherites to Trotskyites they are, apparently, equally and all at fault. So what we get is an artificial prism through which the post-war generation are the cause of current problems, and an artificial category of analysis through which the end of capitalism’s long boom and the onset of new economic crises are displaced onto the shoulders of a specific age group. There is little recognition of class and of capitalism under the cosh.

It is a substitute for analysis to say that a generation looked at their freedoms and decided they were too good for their children. His accusation is misplaced and misconceived. He yearns for the gentler certainties of Attlee in the 1940s and the moderate “social contract” leftism of trade union leaders like Jack Jones in the 1970s.

So do the “baby boomers” have a lot to answer for? Some of them do, certainly. That’s a result of their politics and their class, not their age. Current struggles cannot just be simplified into a battle between youth and age. An infuriating book. 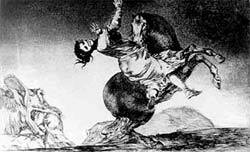 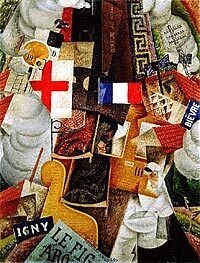 Futurism: worshipping the modern and damning the past

Going To The Flicks 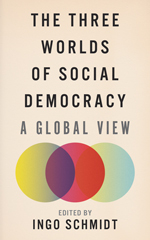