This article is over 19 years, 10 months old
Review of exhibition 'Paul Klee: The Nature of Creation' at the Hayward Gallery, London
By Alan Gibson
Downloading PDF. Please wait...
Wednesday 06 March 2002

It is a joy to step in from a grey London to the warm North African colours and playful lines of Swiss artist Paul Klee. Klee (1879-1940) spent most of his adult life in Germany, where his career culminated in 1921 when he became master of arts at the famous Bauhaus school. From the beginning, the Bauhaus was an institution based on radical views of art and its role in society. Klee left shortly before the Nazis closed it down.

Over the previous two decades Klee had immersed himself in the major question of the day for artists–what was their role in a world where religion and other traditional institutions were undergoing such rapid change, a process which reached its horrific climax in the First World War?

Klee’s quest led him into explorations of Cubism, Expressionism and a host of other movements. It also took him to Paris, and to Tunisia–a 17-day visit that was to have an enormous influence on his understanding of colour and tonality. Mainly self taught, Klee devoted much of his work to exploring the components that make up a painting and, through that, the process of creativity.

Building on his lectures at the Bauhaus, Klee became one of the few great artists to write down his thoughts in an accessible manner. As a result he is often referred to as a philosopher of art, giving the impression of being dry and detached from the world around him. This is far from the truth. He took an active interest in the tumultuous events in Europe at the time. In 1919, during the short life of the Bavarian Communist uprising, Klee announced his readiness to join the Action Committee of Revolutionary Artists. And Klee’s wonderful sense of humour, his love of nature and the world around him, and his humanism shine out in a myriad of different ways from all his works.

The Hayward exhibition brings together works mainly from Klee’s period at the Bauhaus–one of his most productive periods in a career that saw the production of almost 10,000 works. They show Klee returning again and again to exploring how the three main components of a work of art–lines, forms and colour–can be brought together to produce an interpretation of nature.

He insisted to his students that an artist does not produce the visible but makes visible what is there. He argued that the world is not some fixed set of elements to be transposed onto a canvas, but that it ‘once looked different and, in the future, will look different again’–that it is a process in itself.

The works also bring out Klee’s stress on rhythm–he was an accomplished musician-in the creation of a work of art. It shows Klee’s love of materials and the way he would use several different methods in a single work to produce the effect he was striving for.

In this sense Klee was an artist’s artist, forever showing what can happen if different elements and methods are combined in a way which exploits each for its particular effect. I have two criticisms of the exhibition. First, it does not show how Klee’s art influenced so much of the work that flowed from the Bauhaus, particularly in the fields of textiles and stained glass. Second, the curators’ organisation of the works according to themes can be difficult to follow. But don’t let this stop you visiting what is nonetheless an exhibition of a great virtuoso. 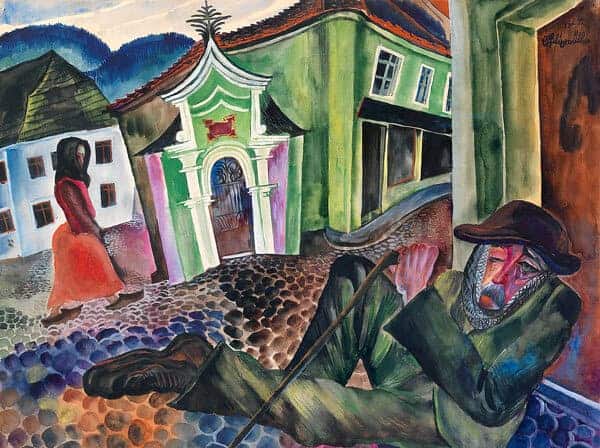 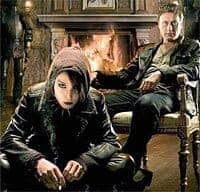