When Uncle Sam Went to Iran

In Washington and London, the warmongers are turning their attention to Iran for ‘regime change’. And it seems they have already found an applicant for the Iranian version of Chalabi or Karzai. The son of the Shah who fled Iran after the 1979 revolution now regularly appears on BBC, CNN and the Voice of America to show his credentials to his masters. He hopes they will put him back on the Peacock Throne, like they did his father 50 years ago.

All the Shah’s Men is the story of that regime change, in which the US and Britain were once again partners in crime. Stephen Kinzer has given a highly readable and well informed account of how the CIA, MI6 and the Shah overthrew Prime Minister Mossadeq in August 1953. ‘My only crime’, Mossadeq explained at the military court, ‘is that I nationalised the Iranian oil industry and removed from this land the network of colonialism and the political and economic influence of the greatest empire on earth.’

In 1946 a strike at the refinery in Abadan signalled a wave of protests demanding the nationalisation of the Anglo-Iranian Oil Company (AIOC). Mossadeq led this movement, was elected to parliament and became prime minister in 1951. The unequal terms on which the AIOC exploited Iranian oil while treating the workers like slaves had caused deep grievances. The Iranian share in the profits was just 17 percent – the Iranian government demanded 50 percent. Despite Kinzer’s sympathy for Mossadeq he suggests he was incapable of compromise because he was a ‘visionary, a utopian and millenarian’. But the British government had already decided the real issue was control over the oil resources, and on this there would be no compromise. Knowing that Mossadeq was serious about nationalisation, they decided to get rid of him. First they tried to do this by political intrigues, but this was met by huge pro-Mossadeq demonstrations. Then they turned to the US government for a coup. When the US administration passed on from Truman to Eisenhower, the operation got rolling.

Kinzer has very carefully reconstructed the entire operation, called Ajax. Thousands of dollars were channelled to journalists, politicians, army officers, mullahs and street gangs to topple Mossadeq. He was sentenced to house arrest and many of his followers were executed and imprisoned. With American help the Shah established an oppressive regime. The Americans used the lessons of their ‘success’ as a handbook for future coups, like the one in Guatemala.

Reading All the Shah’s Men one can understand the deep-rooted hatred US and British foreign policy has created in the Middle East. But we also need an understanding of the motives behind the policy, the failure of Iranian nationalism and the role of the left. On these issues Kinzer has less to offer because he places the coup in the Cold War context: Mossadeq was not sensitive to US fears of Communism. The real context was the conflict of interests between imperialism and nationalism that was sweeping the Middle East. Such an interpretation might have led to a closer look at the role of oil as a vital commodity and to the politics of the nationalist movement in Iran. While courageously throwing out the British ‘network of colonialism’, Mossadeq let imperialism crawl in through the back door by relying on US power. The Communist Tudeh Party tailed Mossadeq instead of organising the power of the working class.

Dedicated to ‘the people of Iran’, Kinzer’s account of the coup is a timely warning to the same imperialist powers who dream of another regime change. The last time the people of Iran suffered too much to forget who blocked their road to democracy. 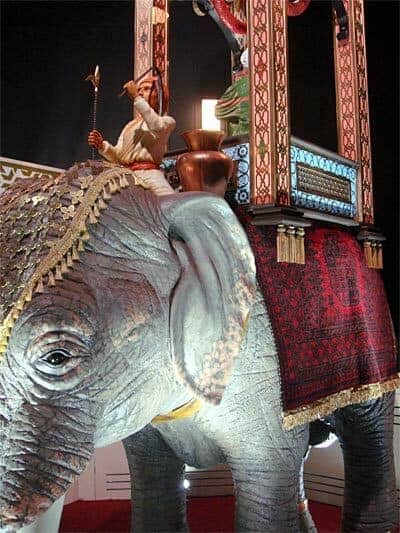 The Meaning of Sarkozy