Most economic theory assumes a pure capitalism of perfect competition. US economist Michael Perelman offers a refreshing deconstruction of the pervading prejudices of corporate responsibility and shines a light on some of the workings of corporate power.

We live in an economy in which corporations are large enough to make decisions that threaten our welfare in obvious ways – spreading toxic substances, selling dangerous products, or putting the health of their workers at risk. Those public agencies which are supposed to protect us from corporate misconduct are tied to the very people they are supposed to regulate.

Perelman argues that this stems from a central flaw in the working of the market system – a flaw that has caused problems in the past and that is likely to cause disaster in the future. He argues that corporate power has a huge impact on the rights and privileges of individuals as workers and consumers. He also explores the myth of individualism, which makes people perceive themselves as having choices, when in fact most people’s options are very limited.

Perelman argues strongly that the irrational dominance of markets produces needless waste and lost potential. The idea that more goods imply more choice is worth considering. The experience of General Motors and the rest of the automobile industry is instructive. The automobile industry pioneered ‘planned obsolescence’ and continues to push that strategy today. People who buy a car in the US can select from more than 1,000 models. Nike offers a clear picture of how planned obsolescence has evolved. The first Nike shoe had a promotional life of seven years. By 1989 the marketing cycle was down to ten months. Now Nike creates 250 new shoe designs each season. The Gap retail chain revamps its product line every six weeks, and changes its advertising frequently as well.

Perelman quotes the Productscan Online database which counted 33,678 new food, beverage, health and beauty aids, household and pet products introduced in the US during 2003, up from less than 22,000 in 1994. He points out that relatively few of these new products actually represent an improvement – they are simply marketing strategies.

Perelman describes the manufacture of unhappiness and the complex techniques corporations employ to avoid responsibility and accountability to their workers, consumers and the environment. He argues against ‘economists who, believing in the harmonious functioning of the market, construct beautiful theories to show how the economy works to maximise happiness and human welfare’. He points out that ‘corporations serve as a vehicle to accumulate wealth in an ever smaller number of hands. Those who enjoy the greatest wealth within this system raise the income aspirations for others. Corporations play a substantial role in fuelling higher expectations.’

While other books have surveyed the corporate landscape, or decried modern consumerism, Perelman attempts to place these ideas within an economic and historical context. The exploration of the limits of corporate accountability and responsibility is worthwhile and informative. In the US case it shows how corporations use the courts and legislation to avoid control on their profit making.

There is no shortage of books outlining what’s wrong with corporations ruling the world. Perelman’s aim is to fit a critique of corporations into a left wing economic worldview. His basic idea is that economists have by and large failed to understand the enormous negative consequences for the workings of the market system.

While the framework isn’t entirely successful, perhaps providing less insight than the author thinks, there is, however, a wealth of information and case studies on the downside of US corporate power that makes the book a useful and informative read. 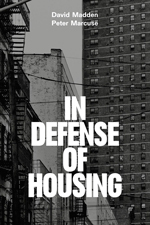 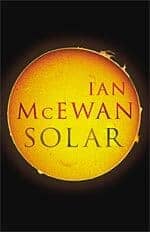