Whose Crisis, Whose Future?

Whose crisis, Whose Future? is an attempt to bring together an analysis of the various aspects of the “multifaceted” crisis facing humanity and look for a root cause of it all.

It therefore covers a huge range of topics. The banking crisis, tax evasion, food and water insecurity, poverty, conflict and climate change are all given an overview. Readers familiar with the social justice movement will probably have heard many of the arguments before. George covers the same ground as Wilkinson and Pickett in their influential book, The Spirit Level, for the part about inequality.

George also occasionally strays into strange territory. A few controversial articles from New Scientist magazine are repeated uncritically. For example she attributes the global banking crisis partly to city traders having a higher level of testosterone exposure in the womb than average – an idea which became fashionable among some feminists who argued that things would have been different if the world was run by women.

As an opponent of the World Bank and International Monetary Fund, George has consistently argued that we should be studying the rich and powerful – not the poor and powerless. There are plenty of studies of the poor carried out by the UN and various NGOs, but who – at least in these circles – is paying attention to what the rich are doing?

The so called Davos class – the international ruling class who meet in Davos, Switzerland, for the World Economic Forum – have an interest in keeping things as they are. They represent the world’s 10 million or so “high net worth individuals” with over $1 million each and a collective wealth of $40.7 trillion dollars. This is an international elite – the richest people in Brazil or even Malawi are much richer than the poorest in Germany. The original French title “Leurs Crises, Nos Solutions” (their crisis, our solutions) is possibly a more accurate indicator of the intentions of the book.

George explains how accounting companies such as Ernst and Young and Deloitte – often well represented at university careers fairs – are experts in helping multinationals relieve their tax burden and providing “controversy management approaches”. Susan George is no revolutionary, but she admits that Antonio Gramsci’s theories of cultural hegemony are useful in understanding how this kind of behaviour is seen as acceptable.

George proposes modest, but nevertheless useful, demands for reforms, such as a Tobin tax on international transactions. However, it is perhaps more interesting as part of an ongoing debate about linking multiple issues than for the actual solutions proposed. It is written from within a social justice movement which is increasingly trying to work alongside others, including trade unionists, environmentalists and peace campaigners, making it an interesting and very relevant read.

Breadth of Vision and a Zest for Life 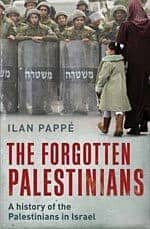 The Forgotten Palestinians: ‘aliens’ in their own country

Karl Marx and the Birth of Modern Society

The Faultline Between Love and War