Why read…Imperialism and World Economy

Lenin described Nikolai Bukharin’s Imperialism and World Economy as essential to understanding not only the economic basis of imperialism, but also its political and social impact.

The book, which was published at the height of the First World War, set out to prove that the war was not a “descent into madness”, or to halt “German militarism”, but the consequence of the emergence of imperialism, itself a “higher stage” of capitalism.

Bukharin’s work was a reply to the tendency at the time to reduce imperialism “to the level of a cuss-word”.

Kautsky believed that the process of capitalist development led to a form of “ultra-imperialism” which created the ground for the ending of competition between nations. War, Kautsky argued, was against the interest of world powers.

But instead of an era of benign and peaceful ultra-imperialism, Bukharin proves that the global economy was “full of abrupt changes, catastrophes, conflicts, an epoch that no longer appears to the toiling masses as horror without end but is an end full of horrors.”

Drawing on the work of Rudolf Hilferding, a Marxist economist who made a groundbreaking study of capitalism and imperialism, Bukharin describes how the free competition that was central to the early stages of capitalism was supplanted by “monopoly alliances of entrepreneurs” that club together into state capitalist trusts.

Here, “literally several hundred billionaires and millionaires hold in their hands the fate of the whole world.”

Bukharin begins by defining the world economy as a totality – a complex interlocking of imports, exports, prices, tariffs and the export of capital that serves a more centralised capitalist class.

This stage of capitalism came after a period of high growth that began in the 1850s. This was a time of massive expansion of rail and maritime routes, the growth of heavy industry and the concentration of capital into finance capitalism – “the most abstract form of capitalism”.

These “international economic relations are extended through countless threads; they pass through thousands of cross?points; they are intertwined in thousands of groups, finally converging in the agreements of the largest world banks which have stretched out their tentacles over the entire globe.”

Bukharin proves that the world economy is characterised by its “highly modern anarchic structure”. War “in capitalist society is only one of the methods of capitalist competition.”

In the decades leading to the war the Great Powers (US, France, Germany, Russia) competed to colonise the world in order to capture markets, raw materials and new spheres for the export of capital. These imperial prizes were protected by monopolies and tariff walls that shut out rival powers.

The problem for the capitalist powers was that the national markets could not absorb the mass of new products, leading to a crisis of overproduction.

With the advent of imperialism both commodities and capital could be exported to subject nations, often leading to the collapse of native industries.

The scramble for Africa, imperial rivalries in the Far East, Latin America and the Middle East created a global competition in which Germany came late, but “made haste to regain lost time”.

Bukharin describes the surge in colonialism as a new stage in a continuing process of centralisation, and the sharpening of imperial competition.

Rather than ultra-imperialist peace, war is the logical consequence of imperialism and itself accelerated even further this centralisation of capital.

“When competition has finally reached its highest stage, when it has become competition between state capitalist trusts, then the use of state power, and the possibilities connected with it, begin to play a very large part.”

By using this analysis Bukharin predicted the rise of a new global power: “The war has also considerably accelerated the appearance on the world arena of one of the largest state capitalist trusts, possessed of an unusually strong internal organisation. We mean the United States of America.”

Almost a century later the relevance of Bukharin’s work is not simply that he was able to show the logic that drove the global powers to world war – much has changed since; it is Bukharin’s method that remains invaluable. By looking at how the logic of competitive accumulation continually transforms the world market and the relative weight of rival capitals and their allied states Bukharin shows how capitalism continues to breed war and imperialism.

Imperialism and World Economy is available at Bookmarks, the Socialist bookshop. 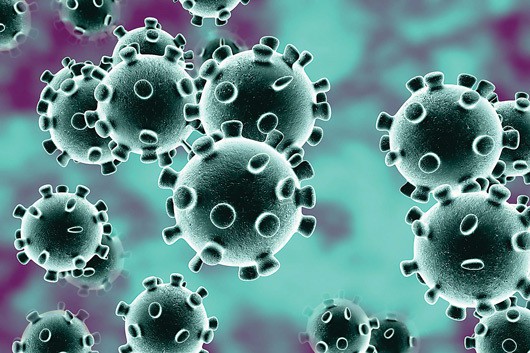 Ukraine: a carnival of reaction looms?