Naomi Klein is a brilliant witness to the rise of the anti-capitalist movement. Her style is spare but atmospheric and thought-provoking at the same time. She remembers significant detail to convey the potency of the protests. ‘These protests,’ she writes, ‘are like stepping into a parallel universe… Corporate logos need armed guards, people usurp cars, art is everywhere, strangers talk to each other, and the prospect of a radical change in political course does not seem like an odd and anachronistic idea but the most logical thought in the world.’

She empathises with the movement because she believes the radicals are right. She too feels the depth of change that is needed and the futility of negotiated solutions. ‘Democracy is always demanded, never granted,’ she writes, and later she says, ‘Corporations don’t have a communication problem, they have a reality problem.’

Klein was in Seattle, Washington and Genoa. She’s sensitive to the mood swings of the movement and to the difficulties it has had to face. While she admires the emphasis on self organisation and autonomy of the many groups on US protests, she also sees the problems. In Washington in a tactical debate about boxing the IMF conference in, delegates ended with an agreement that each group should do their own thing–with the result, as Klein points out, that delegates easily walked free.

Klein is admirably honest that this book is not an attempt to answer the question, what comes next? But the problem is that this is the question which keeps coming up. Sometimes it feels as if she is so besotted with the early experience of the movement that she wants to make a virtue out of its chaotic spontaneity. So she admires Maude Barlowe’s comments, ‘We are up against a boulder. We can’t remove it, so we try to go underneath it, to go round it and over it.’ As if exuberance and diversity might on their own just get us through to the other side.

In some of the more recent essays she has moved on, and in truth started raising some of the big strategic issues and questioning the virtues of pure autonomous action. In a discussion of the impact of 11 September on the movement she writes about the limitations of symbolic anti-corporate protest organised by groups like No Sweat. ‘The symbols were only ever windows. It’s time to move through them,’ she says, and goes on to say that ‘what is needed is a political framework that can both take on corporate power and control internationally, and empower local organising and self determination.’

In fact the events of the last 18 months–police repression in Gothenburg and Genoa, the western response to 11 September–have posed huge challenges to the movement. Partly they show what our opponents are prepared to do in self defence, but also they have thrown millions more people into active opposition to the system. As Klein suggests, in these circumstances protesting against the corporations or simply celebrating autonomy and diversity is just not enough. Activists now need to be devising strategies that can respond to state violence and mount a real challenge to the world elite.

This is where there is a missing link in Klein’s analysis and even in her reportage. Talk about the importance of working class struggle to the anti-capitalist movement can no longer be dismissed as a far left fetish.

The link between working class resistance to neoliberal programmes and the wider anti-capitalist movement was tentative in Seattle but it has become progressively stronger through Genoa, Barcelona and Seville. When anti-capitalist politics start to interweave with mass economic struggle no fence can hold us back. 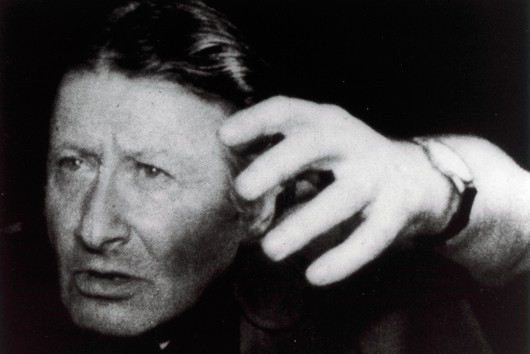 Land of the 'Free'