It is hard to imagine a better place to hold the WSF than in India, a country with some of the biggest slums in the world set next to advanced industrialisation, where the left are demoralised and disorientated by the rise of the right wing chauvinist BJP, who look set to win again in the forthcoming elections.

Moving the event from the previous venue of Porto Alegre in Brazil opened it up to many people from across Asia. Thousands of people took part from throughout India – from the two large Communist parties, trade unions, women’s groups, gay groups, NGOs and groups of the oppressed such as the dalits (untouchables) who were very visible at the forum. Many delegates remarked that they had never seen the progressive movements in India together on such a scale. It is a sign of the inclusiveness and success of the WSF that a rival event, ‘Mumbai Resistance’, organised by some small Indian groups who believe that the WSF is not radical enough and who are critical of the involvement of the NGOs in the social forums, attracted only a few hundred people compared to the 100,000 plus at the WSF.

The WSF was attended by activists from all round the world – Africa, Europe, the Americas and other parts of Asia such as Indonesia, Tibet and South Korea. Only a few hundred activists from Pakistan managed to obtain visas or get across the border. They received a fantastic response at the WSF. Several of them told us how warmly they had been received, and that they had been invited back to stay or eat with Indian families in Mumbai. Over 150 socialists and anti-capitalists from South Korea, largely from the International Socialist group All Together, made a massive impact on the event, organising two successful south Asian anti-war conferences and making the local papers with their huge banner proclaiming ‘Our world is not for sale’.

The WSF opened in style with tens of thousands gathering to hear music and speeches from Ahmed Ben Bella, Jeremy Corbyn and others. Arundhati Roy stole the show with a powerful speech arguing that Iraq and the question of imperialism are key to the anti-capitalist movement and that global resistance, not faith in left wing governments, is needed to ensure real change.

For the next few days the WSF was alive with debate, argument, meetings, stalls, theatre, music, and a constant stream of marches and demonstrations by hundreds of groups and delegations. There were many meetings of several thousand on questions of globalisation and war, and around specific struggles such as the dalits. Six thousand union activists marched to an assembly to discuss the trade union struggle. Around 2,000 people attended a very lively meeting on women and globalisation that began with chants of ‘Another world is possible’ and ended with calls for freedom from exploitation, oppression, and Bush and Blair. Speakers at the big meetings included many of the best known anti-capitalist activists and writers from around the world – Dita Sari, Samir Amin, José Bové, Walden Bello, Vandana Shiva, Trevor Ngwane, Michael Albert and Nawal el Sadawi, as well as some more dubious ones such as former Irish president Mary Robinson. Significantly Joseph Stiglitz, Nobel Prize-winner and former economic advisor to Bill Clinton and the World Bank, came to argue his case for reforming capitalism, only to be reminded by the chair that he was there to learn as well as to speak.

Many of the big meetings allowed little time for discussion, so most debates took place informally or at smaller meetings and seminars. In particular the meetings organised by Globalise Resistance and the International Socialists attracted several hundred people at each, and were filled with debate about what sort of change is needed, the legacy of Stalinism, the state of the Indian left, and the future for the movement. The WSF ended with a lively march and a huge closing ceremony at which the declaration of the assembly of anti-war movements was read out by Chris Nineham of Globalise Resistance, calling for a global day of action against the occupation of Iraq on 20 March, one year after the troops were sent in. 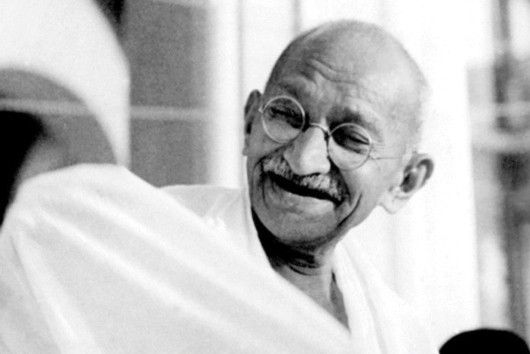 ‘Every single Viceroy of India, whether they liked it or not, had to deal with Gandhi’

Anti-Capitalism: The Agents of Change