Certain writers fall into undeserved neglect, and although Victor Serge’s writings received something of a revival in the 60s many socialists are still not familiar with his work. Yet Serge’s theme — the revolutionary left in Europe, before, during and after the Russian revolution — is basic to the development of a socialist consciousness.

Serge, himself the son of Russian exiles, was brought up in poverty in Brussels. Apprenticed as a printer, he moved from the moderate socialism of the Belgium Socialist Party to the individualist wing of the anarchist movement in Paris. Accused of involvement with the French anarchist Bonnot Gang he served five years in some of the worst French prisons.

His life story in the period between his release from prison in 1917 and his eventual arrest and deportation by the GPU is told in Memoirs of a Revolutionary. It is a tale of constant struggles, risings that failed, deportations, imprisonment, clandestine work for both the Third International and the Left Opposition, imprisonment, deportation by Stalin and finally exile in Mexico.

As we can see from his life, Serge was not a “novelist” in the “Book Programme” sense. He spent more time in the Sante Prison in Paris than he did on the “left bank”. His universities were those of life. Indeed all the evidence points to the fact that, were it not for circumstances he would have preferred to remain an activist/journalist.

Novel writing was an activity forced upon him by the GPU. Deprived of the right to communicate his ideas through the press, he began a remarkable series of semi-autobiographical novels in order to obtain money to feed his family.

In three years he had three novels published — Men in Prison, based on his years in the French prisons, Birth of Our Power, the story of the Barcelona rising of 1917, Conquered City, about Petrograd during the period of the Red Terror.

It is the later novel, Tulayev, that is the most complete and finished statement of Serge’s revolutionary testament. The story hinges around the murder on impulse of ‘beloved comrade Tulayev’ (modelled on the Kirov assassination) by a young Communist militant — a totally arbitrary act of revenge following the death of his sweetheart, a labourer on the new Moscow underground.

The murder of Tulayev/Kirov starts off a kaleidoscope of events ranging from the Siberian tundra to the barricades of Barcelona. It is the story of those caught in the web of events as the Stalinist terror machine crashes into gear.

Each character has a place not simply in the story but also in the history of the period, and the characters of the revolutionaries are drawn with a loving care, as if Serge were saying: “Here they are, to destroy human beings such as these was indeed a crime.”

There are two main Russian characters. Kiril Rublev is toiling away in an obscure Moscow library hoping the Party had forgotten him. He is an old oppositionist who has capitulated to Stalin, a Bolshevik whose party has been destroyed and who has gone into internal exile.

The death of Tulayev brings Rublev’s name back onto the GPU’s active list and, as he meets with two friends in the winter woods first to discuss current politics and then to engage in a wild snowfight, we are made aware of the progress of the “investigation’. It must be a plot! The Trotskyite-Zinoviev centre is at work again! How else can a ruling class explain a random act of terror except in terms of plots and counter plots. To admit that an independent worker could assassinate a member of the ruling clique is to strike fear into the heart of every bureaucrat.

It is this fear which we see transmitting itself throughout the novel. As the search for the plotters fails so the increasingly desperate functionaries turn on each other in their attempts to justify each line of the investigation.

The search now turns abroad to Spain. As the policies of the ‘peoples front’ disarm the revolution and the fascists advance, so the search for scapegoats continues. A young Trotskyist, Stefan Sterne, is arrested and murdered in Barcelona; a bureaucrat’s blunder, it is covered up by linking it to the Tulayev case.

The insanity spreads, as the denunciations reach the head of the GPU himself; the Stalinist police chief realises he is doomed as he attends functions where those in the know give him the cold shoulder.

But if there is to be a plot of this magnitude, then there must be a leader, and that means the search for an oppositionist of sufficient calibre. Here Serge introduces the other great character in the novel, Ryzhik.

Ryzhik is an old Trotskyist. He stands firm, intransigeant in the face of the Terror. In a moving interview he tells his persecutors “Write them that I shit on the bureaucratic counter-revolution”. When questioned by another functionary he tells her, “Look at yourself in the mirror tonight — I am sure you will vomit. If it were possible to die of vomiting you would die…”

He determines not to be used by the counter-revolution and asks for ink and paper to make his confession. In its place he writes his testament and enters upon a secret hunger strike to death. In the process he ensures the death of those who were to watch over him.

This book is incomparably more important than Arthur Koestler’s Darkness at Noon. Koestler started from the position of an outsider. He could no more understand the mentality of a Ryzhik or a Rublev than fly in the air. And yet Serge died poverty-stricken in Mexico City while the Koestlers were lauded by the world bourgeoisie as “having the sense to break with Moscow”.

A Victor Serge praised by the bourgeoisie would be a contradiction — his novels are still too relevant to contemporary politics to be made respectable.

It is perhaps fitting to finish with the closing paragraph from the Memoirs. Written in 1943 after the murder of his comrades Andre Nin and Leon Trotsky, in the middle of the greatest imperialist war ever fought, Serge summed up his life as follows: “The future seems to me to be full of possibilities greater than we have glimpsed throughout the past. May the passion, the experience and even the faults of my fighting generation have some power to illumine the way forward.”

With the help of his writings to understand our past we will change that future. 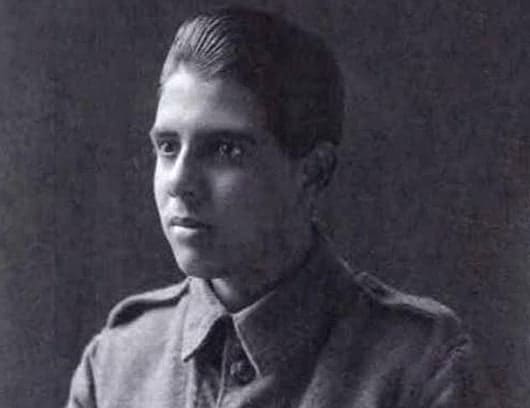 Alfred Mendes: Hope amid the horror of 1917