The Gilets Jaunes protests in France have come from a spontaneous, grassroots movement expressing people’s frustration at low living standards, threats to pensions and tax cuts for the rich, as well as the trigger point of increased fuel tax charges.

The latter was effectively a wage cut for everyone needing to use private transport in work or to get to work. Protesters put on the yellow jackets that all motorists must keep in their cars.

One of us (Mike) has been active in two local Gilets Jaunes demonstrations in our local town Ruffec, both of which were firm but friendly protests, in contrast to the widely publicised big city conflicts in Paris. More typically, in our little town the movement of cars was slowed down, with brief interventions to explain what it was all about, offers of coffee and tea made in large tents at the side, fires in oil drums to protect against the weather, and also music and dancing!

Mike never dreamed he would see line dancing and the meringue as protest actions! Significantly, protesters include all ages — from teenagers to pensioners, and a good mix of women and men.

Fundamentally, people see the president, Emmanuel Macron as leading a government for the rich.

His speech of 8 December, intended to mollify any opposition, was seen as divisive, rather than offering concessions, and opened by deploring acts of violence.

As one woman said afterwards “He condemns violence but says nothing about the violence suffered by children who go hungry or by those who work for low wages”.

Many Gilets Jaunes say that Macron offered nothing new, but simply presented meagre changes, crumbs, which were already about to be thrown from the table, even suggesting that employers could be “asked” to give workers a Christmas bonus — to which one Gilet Jaune demonstrator responded “Macron lied. He gives us nothing.”

People are angry, even here, underneath the cheery exterior where they give out chocolates to the passing motorists during a brief chat, and even after a less than polite action by the police last Saturday when they lined up in riot gear as a barrier in front of our protest. As one of our group said to Mike, “There’s plenty of money for the police, but not so much for us”.

Similarly, in Paris, when a Starbucks was trashed someone wrote on the window, “pay your taxes” — a statement against the multinational companies including Amazon, who evade taxation, but whose workers on strike are supported, in solidarity, by the Gilets Jaunes. But there are other dire consequences of the gradual deterioration of living standards in France.

According to recent statistics, every hour of every day, someone commits suicide. Every three days a woman dies from domestic abuse.

However, the struggle continues, with protesters controlling the roundabouts at Cognac and Angouléme and plans during December for more action in Act 5 of this drama, with the support of Jean-luc Melenchon, leader of a large, left reformist party in France.

Student protests have also spread out to include colleges all over France, which has had a politicising effect on teenagers who have witnessed police brutality. These demonstrations were in response to government proposals to change the baccalaureate, curtail access to universities and introduce fee discrimination against non-French students.

The Gilets Jaunes have drawn widespread support, even among workers who don’t don the yellow vests and go out on demos. People working in our local supermarket say “They’re doing it for us”. Our local bar offered free coffee to Gilets Jaunes as a gesture of support and when we turned up in our yellow vests we were given free beers!

Are there those who don’t agree? Yes, even after Macron’s speech. But this is also shaped by the fear that if Macron went, then maybe the extreme right would step in. However, an alternative perspective would be that a stronger, positive movement of the Gilets Jaunes could force the government to change their pro-rich policies.

People might then have more money to spend, businesses would be better off, and Marine Le Pen’s party would be deflated leading up to the EU elections next year.

France: One Year After the Riots 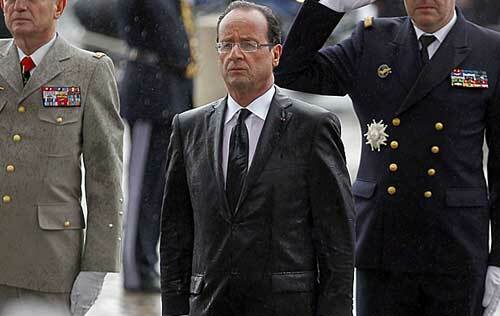