Yemen: the fight is still on

Saudi Arabia has been leading the destruction of Yemen for the last three years, in the name of enforcing the rule of the corrupt and non-functional Hadi regime.

The regime is supported by the UK and the US who refer to it as the “legitimate” government — although Hadi has no real support anywhere inside Yemen.

Saudi Arabia and Hadi have made no effort to rebuild or offer any improvement to people’s lives. South Yemen is not at the moment a war zone, having freed itself from the Houthi invasion since 2015. Life in the South has got worse with no services, worker’s wages or pensions — only more terrorism, currency collapse, increasing prices, worsening corruption and encroaching starvation.

Since 2 September a total shutdown has been called in Aden and across all the South. Youth backed by trade unions blocked the roads and closed the only route to the government palace in Aden cutting off the government officials’ supply of food and qat (a drug-like leaf chewed for stimulant use). The demand was for the Saudi/Gulf coalition and the Hadi government to leave.

Britain is selling arms and providing military assistance and political support to the Saudis who are directly using this to bomb Yemen.

We must remind ourselves why Abdulsalam and thousands like him are forced to come to Europe and the West as refugees and to demand a humane and welcoming response on their arrival. They come because they have no choice and because their countries of origin or residence are being made unliveable by forces and situations completely outside of their control. We can only wish for his safe arrival to his final destination and that he is soon reunited with his family. 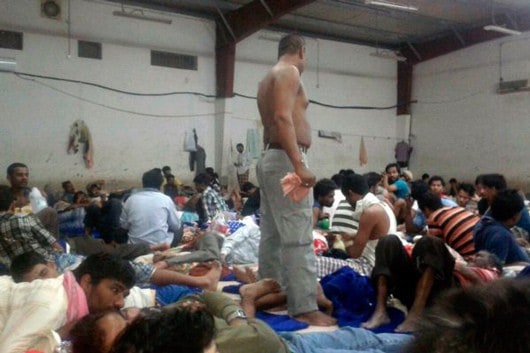 Yemen: ‘I thought that I would not be affected’

Yemen: the battle for Aden one year on