Tariq Mehmood, author of this novel for young adults, was one of the Bradford 12. Arrested in 1981 when Asian youth took to the streets to confront the threat of organised racist attacks on their community, they were charged with making petrol bombs. All 12 were acquitted in a landmark 1982 trial on the grounds of the right to self-defence. “Self-Defence is No Offence” was the slogan of the campaign to free them.

The context was the late 1970s threat of the National Front, a huge increase in racist attacks that the police refused to recognise as such, the growth of Asian shop floor militancy, the inner-city riots of July 1981 and, in defiance of moderate community leaders, the radicalisation of Asian youth.

Co-founder of Bradford Asian Youth Movement and the United Black Youth League in the late 1970s, Mehmood went on to co-direct Injustice (2001), a searing documentary on deaths, black for the most part, in police custody.

Set in and around Manchester, You’re Not Here is informed by Mehmood’s experience of growing up a working class Pakistani in northern England, combatting racism on the streets and being arrested. The novel explores the British Asian experience in the context of the “war on terror” and Islamophobia. “I have lived and fought against various waves of racism in Britain, but the current Islamophobic one, the new racism, is far more insidious and divisive than those which preceded it,” says Mehmood in his blog.

This novel is a sequel to You’re Not Proper, which explored, in the author’s words, “what it is to be a Muslim teenager in the west today”. While it featured two teenage women’s search for identity and belonging — one with a Pakistani father and white Christian mother, the other her Hijab-wearing school friend — Mehmood’s sequel is, interestingly, told from the point of view of a white working class British youth.

Jake’s father was in the army. His elder brother is missing in action in Afghanistan. Jake is in love with a Muslim girl. We are introduced to diverse Asian characters and to white racist friends of his brother, and to the tensions both within and between the two communities, through Jake’s eyes.

While the novel reads like a pacey thriller, the teenage love story is treated with convincing tenderness. And there is sympathy for British soldiers. One scene features physically and mentally scarred ex-soldiers discarded by the state, and Military Friends and Families Against War make an appearance.

Though I can see it’s fitting that we’re left a bit in the dark as to who the sinister, oppressive forces at work are, I’d have liked a few more clues. I’d also like to have seen organised anti-racists in action, but these are minor quibbles with a gripping novel that young adults will enjoy and gain insight from, as would older readers. 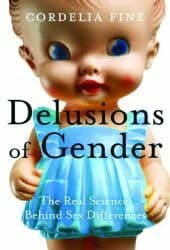 If We Can Shoot Rabbits...