Of zombies and cannibals

This article is over 9 years, 7 months old
With many unprofitable companies avoiding bankruptcy, can capitalism rise from the dead?
By Mark L Thomas
Downloading PDF. Please wait...
Tuesday 01 January 2013

Anyone turning to the economics sections of the “high-brow” press recently could be forgiven for thinking they had turned to the film reviews section by mistake. Talk of zombies has been everywhere – but it isn’t the latest film from director George Romero they have been discussing. Instead it’s “zombie banks”, “zombie firms” and even “zombie households” that are the focus of much attention.

What is being expressed is a growing fear among some mainstream economic commentators that “financially undead” companies are being kept afloat despite being unprofitable and that this is doing damage to the interests of other, more profitable, capitals.

There is certainly evidence that the overall rate of bankruptcies is low. One estimate is that the rate of “business liquidation” in the British economy averaged around 160 for every 10,000 firms during the 1990s. During the worst point of the current crisis it hasn’t even hit 100.

Julie Palmer of Begbies Traynor, a firm that specialises in corporate restructuring, tells how, “These zombie companies are only just generating sufficient cash to pay the interest on their debts and keep creditors at bay. They are in no position to deal with unexpected costs…or to fund increases in working capital and invest in growth.” The tone of frustration from a vulture circling prey that refuses to die is hard to mistake.

So, what’s going on and why does it matter?

The driving force of capitalism is the blind accumulation of rival capitals. The lack of overall co-ordination of investment decisions across the system as a whole inevitably leads to repeated economic crisis as “too much” is produced and some investments turn out to be unprofitable.

But as Marx explained in his book Capital, the slump itself creates the conditions for a new phase of expansion.

This is for two main reasons. Firstly, by driving up unemployment – and fear of unemployment – it offers capitalists the opportunity to pump more unpaid labour (called “surplus value”) out of workers, so boosting profits. The current squeeze on living standards alongside the wider moves to reduce the “social wage” of welfare spending reflects this process. This is the “logic” behind austerity.

But simply driving up the rate of exploitation is rarely enough to restore the health of the system.

The crisis, however, gives rise to a second key mechanism that can restore profitability. By driving some firms out of business other companies are able to buy up their equipment and raw materials on the cheap. Marx describes this as the devaluation of capital through crisis.

As a result the profit rates of the surviving capitals rise, allowing for new investment to take place.

But this pattern doesn’t simply endlessly recur. Each crisis results in the surviving firms growing in size and increasing their weight inside the system as a whole – in other words, to what Marx called “the concentration and centralisation of capital”. So where capitalism was once dominated by small and medium sized family run firms, it is now dominated by giant multinationals.

The Marxist economist Mike Kidron made the point that the increasing size of capitals makes it much harder for capitalism to solve its crises through the devaluation of capital.

If giant firms go bankrupt they may pull others down with them, doing enormous destruction to supply chains, to firms that provided consumer goods to the workers the giant firms employed and so on. What Kidron called “black holes” can open up in the economy sucking in profitable as well as unprofitable firms.

Big firms put pressure on the state to try to stop devaluation through crisis taking place, regardless of what the official neoliberal ideology says. This prevents, or at least delays, the restructuring of production necessary for the emergence from the crisis.

This process could be clearly seen happening in the banks when they crisis hit in 2008-9. State after state acted to bail out the financial system on the grounds that the banks were now “too big to fail”. But this goes beyond the banks: we now have a capitalist system that is “too big to fail”. Modern capitalism is dominated by giant multinational firms whose collapse can have devastating results for other capitals.

So, one feature of the current crisis is that the action by central banks to keep interest rates low is allowing many weak and largely unprofitable firms to stagger on, servicing debts but unable to repay their original loans, let alone undertake new investments. And the banks are fearful of pulling the plug on these firms as this will reveal just how many unrepayable loans they have on their books, which would jeopardise their own survival.

As a result the old capitalist method of recovering from the crisis through the cannibalism of some big firms by others, no longer works as well as it once did. The system has not been able to clear out enough unprofitable companies in order to open up the way for a new period of expansion.

Capitalism is haunted by its past – the weight of previous rounds of accumulation – which it now finds difficult to escape. 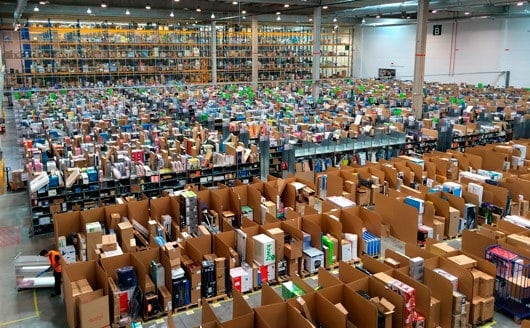