Climate reporting – It’s the end of the world as we know it, but TV feels fine 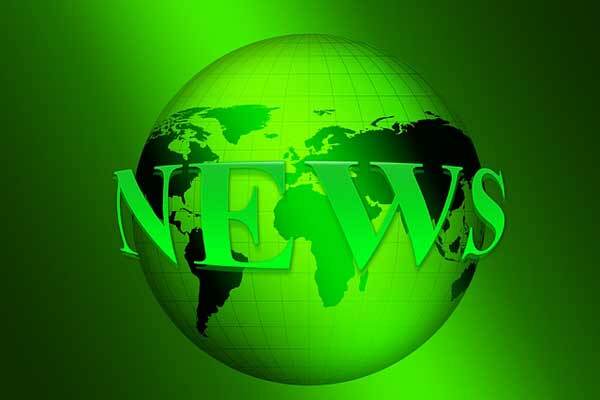 With freezing weather confining millions of Americans to their homes for days on end recently, you’d think their TV news would want to discuss climate change.

But you’d be wrong.

A new study into reporting of climate change on major US TV networks, ABC, CBS, NBC and Fox was published last week. It revealed how much airtime that all of the networks’ news programmes devoted to the issue last year.

Combined total coverage on ABC, CBS and NBC amounted to just an hour and 42 minutes during their nightly shows for the whole of 2013. A paltry amount for such an important issue—but a big increase on the hour they gave it in 2012.

Between the four networks, Sunday news programmes more than trebled their coverage from 2012—to 27 minutes.

Only one network had a story driven by scientific evidence and it distinguished itself from the others by being the first in five years to interview an actual scientist.

Perhaps the networks hope it will soon be too cold to get up and turn the set off?

US aircrew at the nuclear missile base in Montana are always at the ready, fingers primed to press the launch button at any time. To maintain this state, officers complete a monthly “proficiency test”. This week, however, an embarrassed US Airforce has been forced to act after supervisors uncovered a cheating ring among crew members.

The men were allegedly exchanging  test answers by text message. A total of 34 airmen, nearly a fifth of the entire crew, have been removed from duty.

In a separate incident last October, a two-star general who was in command of all US nuclear missiles was dismissed because of undisclosed “personal behaviour” issues.

Rich frackers and their ancient rights

Fracking for oil and gas in Britain is already leading to an outpouring of greed. Landowners want to use ancient rights to allow drilling under their homes.

MPs were told last week that more than 73,000 claims to “manorial rights” have been lodged in England. If upheld, the claims will give the “lords of the manor” rights to exploit the earth under their former estates.

Congratulations! We cut your hours

Britain’s bosses are rather fed up of being portrayed as greedy, heartless, self-serving piglets. Two stories illustrate their softer side.

Hotel managers at the Wilson Arms in Cumbria wrote to congratulate a long-standing worker on her pregnancy.

However, their letter also informed her that they were cutting her hours to 30 hours a week.

An employment tribunal this week ordered the firm to pay £9,330 for unfavourable treatment because of her pregnancy.

Bosses at the Home office also know how to treat their staff.

They decided to reward them with gift vouchers, bonuses and extra holidays for ensuring “failed asylum seekers” leave the country.

Isa Muazu, an asylum seeker with severe mental illness, was deported to Nigeria just before Christmas.

He had starved himself for three months prior to deportation.

Troublemaker wonders how many vouchers were handed out after he’d gone?

Gerald had no problem with us subsidising his lifestyle. He claimed £2,000 in gardening expenses for his second home in Farnborough.

One organisation is having trouble  solving its recruitment crisis. No amount of cinema ads, free downloads, apps, or even offers to take 16 year olds straight from school solved its 3,000 person shortfall.

Perhaps the prize of being sent to die on the whim of a politician is less attractive than the generals first thought? 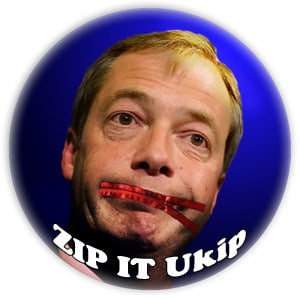 David Silvester, Ukip councillor for Henley-on-Thames, wrote to his local paper to explain that the recent floods happened because the government legalised gay marriage.

Ukip leader Nigel Farage has now been forced to promise he will remove any “extremist, barmy or nasty” candidates from the party. That should keep him busy, but really how can he tell?

Are Scottish unionists determined to wreck their campaign against independence?

Scottish Labour leader Johann Lamont said last week she would share a platform with David Cameron to campaign for a “No”.

The number of cattle with TB—the reason for the cull—was overestimated due to a computer error, it was revealed this week 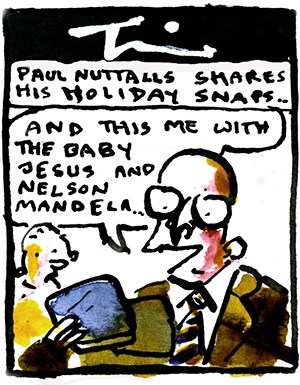 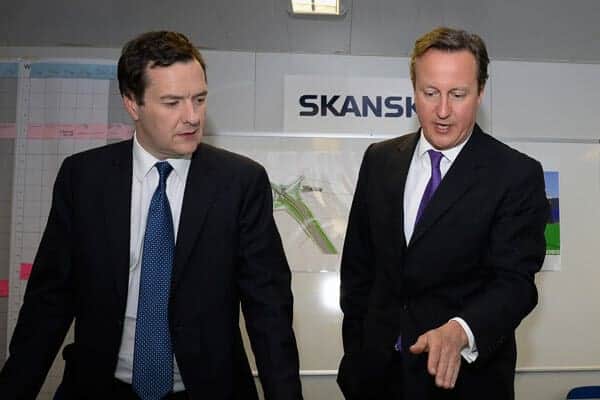 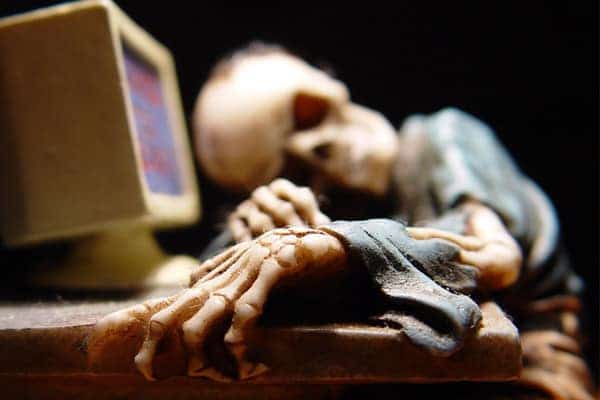