Delight in newsrooms after parasites breed to deadline 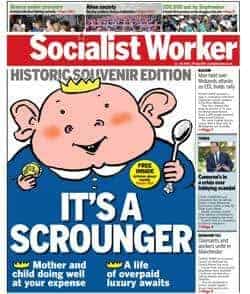 Joy swept the nation as Prince William Arthur Philip Louis Windsor and the millionaire commoner that is his wife fulfilled their destiny and bred.

The nation—or at least a few hundred journalists—held their breath as minute by minute coverage of the outside of a private hospital unfolded.

Wills took time off from not doing very much to be at his wife’s side.

The child looks set for the hard drudgery of living life as a parasite.

Its central London home will be Kensington Palace’s Apartment 1A.

With a big, private walled garden, it has plenty of space to play outside, as well as some 20 rooms. No bedroom tax here—or council tax as it happens. It is being refurbished at a cost of £1 million—which we are paying.

William and Kate are also expected to use the ten bedroom Georgian Grade II listed house Anmer Hall on the queen’s Sandringham estate in Norfolk as their country retreat.

Royal children greet the queen with a kiss on both cheeks and a bow or a curtsey.

This is fully furnished and has a kitchen and is set in the grounds of Windsor’s Royal Lodge.

The tiny, white-washed thatched cottage was given to the queen for her sixth birthday from the people of Wales. Royal children have used it as a play den for more than 80 years.

There are also the onerous duties of being a royal.

The holiday provisions are pleasant enough though.

For instance the Duke and Duchess of Cambridge’s Diamond Jubilee tour of South East Asia and the South Pacific, cost a mere £370,000.

£6,265, Cost of a one-night stay and delivery package at the private Lindo maternity wing excluding consultants’ fees. Champagne is available to toast the new arrival

£19m, Annual income from the Duchy of Cornwall landed estate—which, when  the baby becomes heir apparent, will be its private fund

The cause was to promote big cat conservation. Mars sponsored the event.

And because Mars owns the pet food firm Whiskas, there were also plenty of  Twixes, Galaxies and indeed Bounties available for the cat-loving MPs.

Margaret Thatcher made at least five requests for Jimmy Savile to be considered for a knighthood.

But senior civil servants voiced fears about his “strange and complex” private life.

It took Thatcher seven years but she finally got Savile a knighthood, just after she left office in 1990.

Regular readers of Socialist Worker may remember Close Protection UK. It’s the firm that used free labour from the Tories’ workfare scheme to provide security at the Olympics and for the queen’s jubilee.

Some of those working for free found themselves sleeping under bridges in London the night before the jubilee.

Olympic organisers Locog and Tory home secretary Theresa May were warned about various controversies linked to the firm.

These included having illegal access to the police national computer and owner Molly Prince’s conviction for perverting the course of justice.

The Tories are “delivering a modern transport infrastructure” that will improve people’s lives. But they’re not in a rush to use such a marvellous system themselves.

He was driven to and from the helicopter by private car.

Cameron was off to talk to workers at a Siemens factory in Lincoln.

Tory councillor Ray Burston has been caught watching pornography on his council laptop.

The councillor for Cradley South and Hayley Green has now resigned from the shadow cabinet, but hasn’t yet resigned as a councillor.

He added, “Fortunately it would be impossible to access pornography on a Sandwell Council laptop because it would take three hours loading it and then mysteriously turn itself off like everything else.”

Its solution to low wages? Get a second job

lThe burger budget includes lines for monthly income from a first job at £725, and a second job, which brings in £654

Collect my tax when I’m dead

Struggling to pay your council tax? Well one pensioner has found a way to deal with it—pay it when you die.

She had already sold her wedding and engagement rings to make ends meet.

Now South Norfolk District Council has said it will collect the debt after she dies.

June said, “This is a victory. I feel happy that I have made a point for pensioners who are frightened, depressed and know that the system is unfair.”

Wine of the Week

Sotheby’s reports “frantic” bidding at its sale of “blue-chip” wines. The auction house trebled its estimates to net £1.4 million from 648 lots.

The most sought-after was a case of Richebourg Henri Jayer.

Why do the Tories bail out banks but not flood victims? 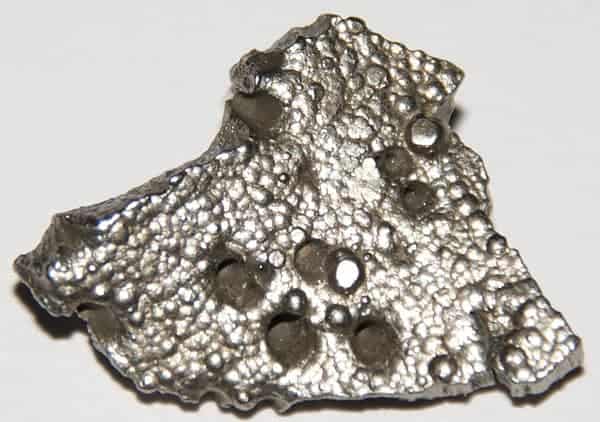 The Troublemaker: Volkswagen fails to buy all the cobalt that children dig 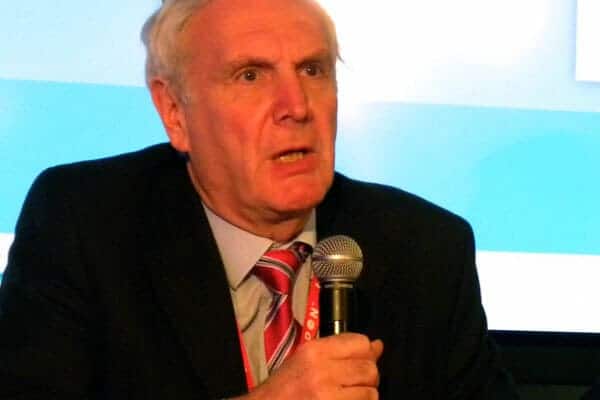