Oil and gas firms are pressing governments hard not to impose any measures on Myanmar that might hurt their profits.

What are the deaths of 750 protesters compared to making money?

In the lead is Chevron which so far this year has spent £1.7 million on lobbying.

According to the New York Times newspaper, “Chevron has dispatched lobbyists—including some former ­federal government officials, one of whom appears to have left the State Department just last month—to ­agencies, including the state ­department and key congressional offices, to warn against any sanctions that might disrupt its ­operations in Myanmar.”

Chevron, the second-largest oil and gas producer in the US, has a longstanding relationship with Myanmar Oil and Gas Enterprise.

This is a state-owned ­company that is closely connected to the military generals who seized power in Febraury.

One of the military’s largest sources of revenue, bankrolling up to 70 percent of its operations in some recent years, is a gas field known as Yadana.

The field has been ­operated since the 1990s by the French energy company Total in partnership with a Thai‑owned oil and gas ­company, Myanmar’s state-owned company and Chevron. After taxes and other payments to the Myanmar government, Chevron has been netting annual profits of £70 ­million to £100 million from its stake in Yadana and a ­pipeline company that ­transports the gas from Myanmar to Thailand.

The company assures us that it is thinking only of the welfare of Myanmar’s people.

Braden Reddall, ­spokesperson for Chevron, said, “We condemn the violations of the human rights in Myanmar and we support the people of this country in their journey towards a modern democracy, peaceful and prosperous.

“But if we do not pay our taxes, we are in breach of contract, which could put employees at excessive risk of criminal prosecution.”

A former No 10 adviser is locked in a war of words with officials after steaming ahead with unauthorised work at her stately home.

Emma Harrison—reportedly worth around £70 million—is putting in a new road and car park at 12th Century Thornbridge Hall.

But planners say work at the Grade II‑listed site does not have permission, and officials want the work put on hold.

But Harrison —who quit as then Tory prime minister David Cameron’s “Back To Work” tsar—blames a “misunderstanding”.

The Peak District National Park Authority said no permission had been granted for the work to construct a driveway, car park and substantial building.

Harrison founded Action 4 Employment, which handled millions of pounds worth of public sector contracts to get people back to work.

Gavin Williamson, the tarantula-loving education secretary, has been busy spinning his own web.

The former defence secretary was sacked in 2019 for leaking plans to allow the Chinese telecoms giant Huawei to help to build Britain’s 5G mobile internet network, His allies have been lobbying and talking to the papers.

They want Boris Johnson not to ditch him from the cabinet when Johnson carries out a reshuffle this year.

One suggestion made to the prime minister was to make Williamson the Northern Ireland secretary.

But that has been firmly rejected because the spooks still think he is a security risk, apparently.

Williamson expects to return to his former position as chief whip.

The job presumably is based on telling secrets about MPs rather than keeping them.

‘Get stuff done’ for Labour MP for free

Labour shadow minister Tan Dhesi has been warned to “pay people what they are worth” after trying to recruit unpaid volunteers to carry out “long term” work in his office.

A job advert on Working For An MP asked for “committed” people “passionate about helping others” and who “take satisfaction from getting stuff done” to volunteer for the Slough MP for no pay.

Most are jobs which would normally be carried out by a caseworker or parliamentary assistant, positions which would attract a salary of around £30,000.

The ad was removed minutes after HuffPost UK contacted the Labour Party.

A source close to Dhesi said the advert was placed due to an administration error and the Slough MP had been unaware.

Most of the media has now raised questions over David Cameron’s involvement in the Greensill lobbying scandal.

But the Evening Standard has remained largely aloof.

Private Eye magazine points out, “As the scandal has grown, so the paper has been forced to give it more coverage.

“But it has still not managed to publish a headline referencing Cameron’s role in more than a month, preferring to look in the opposite direction—‘Sunak has questions to answer over Greensill’.”

The flat at 11 Downing Street, home to Boris Johnson’s wallpaper, has had the equivalent of £646,000 spent on it since 1997. Blair spent £410,000—the wallpaper was only £70 a roll. Gordon Brown spent nothing. David and Cameron spent more than £105,000. Theresa May spent virtually nothing, but did buy a new bed. Andy Street, the Tory mayor of the West Midlands was boss of John Lewis at the time. He arranged for her to have a have a private bounce on the beds in the nearest store to her constituency.

‘I want to see my colleagues on these demonstrations kitted up from the beginning. And I’m not overly concerned about anything other than protecting my colleagues’ 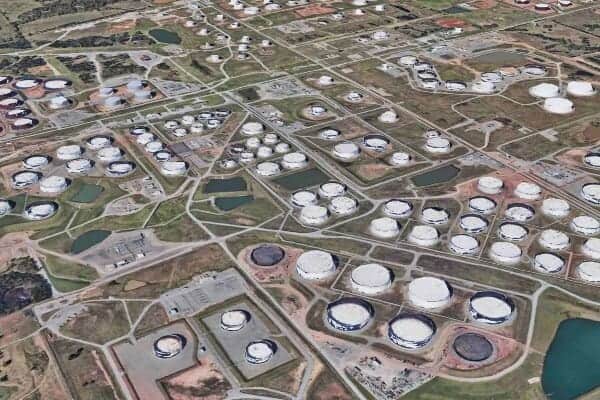 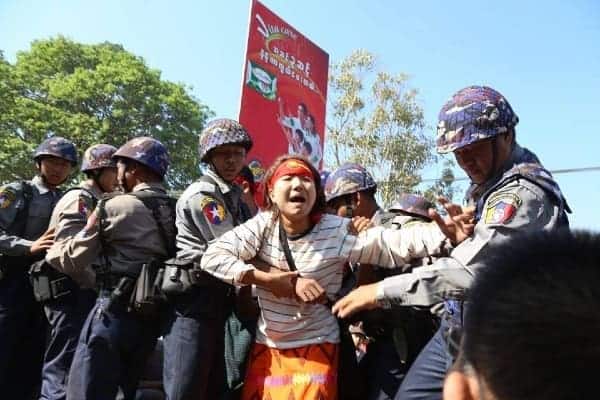 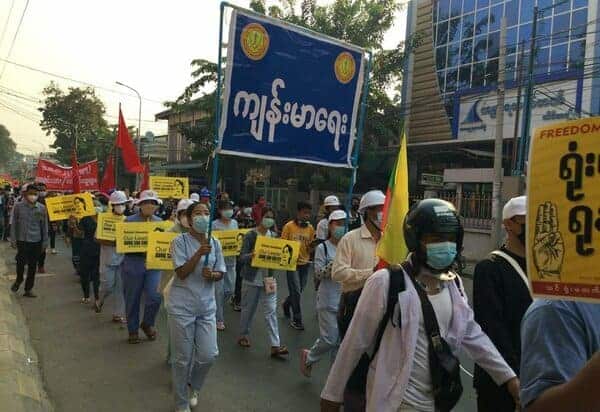