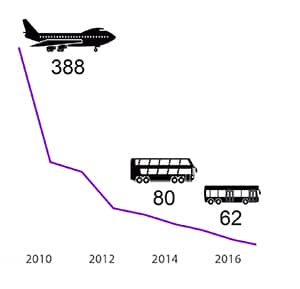 How many billionaires have half the world’s wealth and what transport they could fit on (Pic: Oxfam)

The 62 richest people on the planet are worth more than the combined wealth of half the world’s population.

Fortunes of the world’s wealthiest, who could all fit seated on a single Routemaster bus, total £1.23 trillion— that is more than the combined wealth of Earth’s 3.6 billion poorest.

But the charity’s study said it is time the rich stopped getting a free ride from governments. It was aimed at the World Economic Forum of politicians and business leaders in Davos, Switzerland this week.

The super-rich got richer by half a trillion dollars last year.

But since 2010 the poorest half of the world got poorer by $1 trillion (£700billion), a drop of 41 percent. And an estimated £7.6 trillion is stored in offshore accounts to avoid taxes, says Oxfam.

The government has admitted that at least 16 million people under the age of 43 will be worse off as a result of the Tories’ new “flat rate” state pension.

From April, people reaching state pension age will receive a “flat rate” worth £155.65 a week, instead of the current basic pension worth £119.30 basic plus top?ups for poorer people.

In fact many people will not receive the headline amounts, but will receive more or less depending on their employment circumstances.

The DWP confirmed last week that over half of people presently in their 20s, 30s or 40s will receive a lower state pension under the new arrangements.

Some will receive £884 a year lower than under existing rules, which translates to a £26,520 loss over a 30 year retirement.

A Tory minister with responsibility for taxation attended a dinner with a “tax intelligence” company that promises “financial efficiencies” to its paying clients. David Gauke, the financial secretary to the Treasury, has oversight of the UK tax system—including corporate tax and international tax issues.

Gauke’s register of ministerial gifts and hospitality shows he attended an awards dinner organised by the company, Tolley, in May 2015.

Representatives from the financial services industry can pay a standard rate of £3,180 per table to attend the annual dinner’s 2016. If any readers are keen there is the option of a “platinum” table available at £3,960.

The ceremony’s organiser, Tolley, is a tax products specialist. efficiencies” to its clients.

No deal for cosmic bigotry

Noel Edmonds asked if he was the only person who thought that “Britain is full”. Which is presumably why he lives most of the time in a mansion in France. Eight years ago he said we should ban immigration because “the bus is full”. Now it’s the whole country.

He also said he believed in cosmic ordering telling us to write down our dearest wish and it would come true.

So Troublemaker writes down a list of people who should remain silent forever.

A “LANDMARK” study that claimed diet drinks might be better than water in helping people to lose weight was funded by a food industry taskforce whose members include Coca-Cola and PepsiCo.

Bristol University announced the research but did not disclose the funding in its press release. It said it had not provided details of funding for “reasons of space”. It was initiated by ILSI Europe, a research institute funded by companies such as Mars, McDonald’s and Unilever.

Hypocrisy of the week

The public thinks it’s a good idea for Newfoundland and Labrador in Canada to have a communist revolution. That’s according to the provincial government’s renewal initiative website, where “Communist Revolution” is the highest-rated response to the question of how government could be more efficient.

David Cameron worries about his kids being able to afford a home—after earning an estimated £500,000 in rent while in office. Since moving into Downing Street in May 2010, the PM has been renting out his luxury home in oh so fashionable Notting Hill. A similar house in a neighbouring street is rented for £1,750 per week. 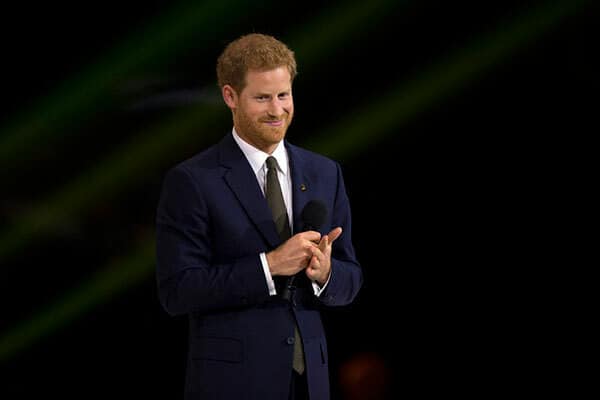 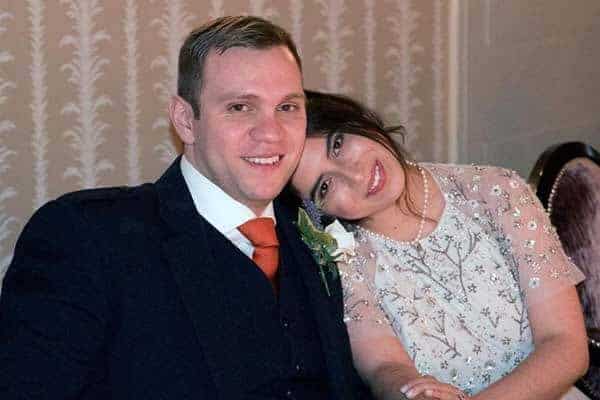