The embarrassing Nazi pals that Ukip can’t bear to dump

Ukip chiefs are terrified that its candidates in this week’s local elections are exposing the revolving door between it and the Nazi far right.

They eventually ditched the EDL’s Kim Gandy—but not before she’d served as a Ukip spokesperson and candidate in Essex.

Ukip barred Phil Collins from standing in Bristol after he said illegal immigrants should be locked in closed down prisons. But he was reinstated because “he was speaking in a personal capacity”.

Andrew Eccles was a candidate for Ukip last year—and for the BNP in 2010. He called for a “Burn the Koran day”.

Ukip toff Viscount Monckton even called for British Freedom Party (BFP) to members “come back and join us”.

The BFP was set up by bitter ex-BNP thugs, then tried to be the EDL’s electoral wing. But its leader Paul Weston previously stood for—you guessed it—Ukip.

Sure, he took a job on a women’s rights committee because “I just don’t think they clean behind the fridge enough”. And he did call a student he’d invited to Brussels a “delicious bimbette”—“thick but good tits”.

But Bloom’s website has a page called “The Misogynist?” It’s full of photos of him with “the girls”. That settles that then. Maybe some of his best friends are black too.

Meanwhile leader Nigel Farage has been defending a candidate who runs a lap-dancing club—by going on about his own visits to strip clubs.

His nemesis MC NxtGen is back to rap against the bedroom tax. You can watch it at youtube.com/watch?v=qc5rdaKajsQ

“That word has been stigmatised to mean bad guy,” he moaned last week.

lJim McCormick scammed £60 million out of security services by selling them fake bomb detectors. His wiggling sticks were used to look for explosives in occupied Iraq—with predictable results.

Everyone agrees that McCormick is a nasty piece of work. But what does it say about the British Army that it kept on handing him the cash?

Thatcher tribute too extreme for the Tube

Tube stations near parliament were meant to be plastered in bizarre portraits of Margaret Thatcher last Monday.

But bosses decided they were too much for “public controversy or sensitivity”.The six montages included Thatcher as Queen Victoria and the Virgin Mary.

But Thatcher fans can console themselves with a £15 million museum.

The plan is backed by top Tories including David Cameron. It would include everything from Thatcher’s handbags to training courses in Thatcher’s philosophies.

lNot to be outdone, butcher of Baghdad George W Bush opened his own “presidential centre” in Dallas, Texas last week.

His sidekick in slaughter Tony Blair flew out to join him—and to defend the duo’s bloody adventure in Iraq.

“There was never any doubt while he was in office, and there’s not any doubt now,” said Blair.

Maybe he’s heard about the cops in Boston applying the term “weapon of mass destruction” to a pressure cooker.

Iraq must have had one of those.

It seems former Tory MP Ann Widdecombe has been dabbling in a spot of scientific research.

She’s been telling Daily Express readers the government should fund the single measles vaccine so children can avoid the safer MMR jab.

She says it’s “not quite as costly as a life blighted by autism”.

Her findings  will surprise the real scientists debunking the myth linking MMR to autism to avoid more needless epidemics.

So he’s spending £160,000 of our money on research to boost the “perception that the Mayor listens to the views of London”.

It aims to raise “awareness, knowledge and therefore satisfaction with the mayor”.

It seems like an odd logic to us—the more we become aware of Johnson and his Tory chums, the more dissatisfied we are.

Convicted fraudster Richard Branson isn’t the kind of man to pass up a chance to make money.

But his internet firm Virgin Media went a bit far in fining a man—for dying.

It charged his relatives £63.89 for “D.D Denied-Payer deceased” and added £10 for lateness.

The penny pinching backfired when the man’s son-in-law stuck the bill on Facebook.

Free massacre with every trip 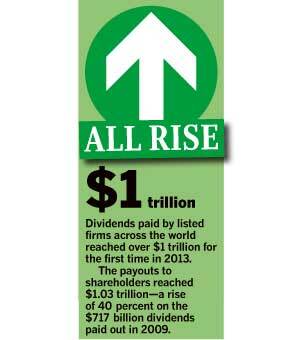 It's the rich landlords who are really cashing in on benefits