What is this strange object? And where did it come from? (Pic: Unisouth on Wikimedia Commons)

Never let it be said that the Tories are out of touch with ordinary people.

Cabinet ministers are fully aware of the price of a pint of milk or loaf of bread—because they’ve been given a list to memorise.

The Cost of Living crib sheet was handed out to cabinet ministers “likely to be interviewed” during the Tory party conference.

It aims to give them a “working idea” of the cost of everyday items including bread, butter, a Mars bar, a pint of beer and council tax.

One Tory spin doctor explained, “There were some clangers at Labour’s conference so we want to avoid anything similar”.

Ukip leader Nigel Farage got the price of a pint of milk wrong last week when he claimed it was 80p.

Most people, of course, have a “working idea” of the price of things, based on actually buying them.

Meanwhile millionaire David Cameron is particularly upset that people dislike him because he’s posh. “I can’t change the school I went to, upbringing I had or the parents I have,” he complained to the Sun newspaper. “What am I meant to do? Rewrite history?”

It’s a hard life. Still, Cameron hasn’t given up trying to convince us he’s really just like the rest of us.

“I do my own shopping,” he revealed. “I go out and walk about. I go down the pub. And I take my kids to school when I can.”

Sometimes of course he combines the two and leaves the kids in the pub. 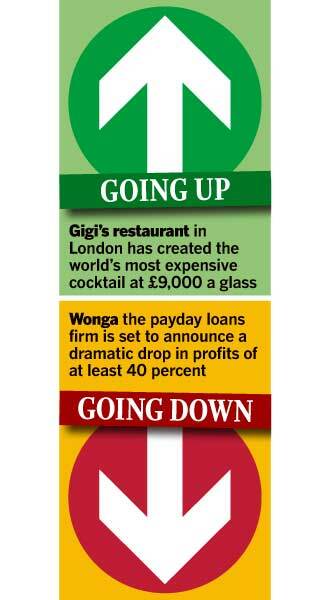 The Tories began their conference with a sex scandal involving minister Brooks Nemark. Before the former banker took to late night picture messaging, he had this insight into the rich.

“We have to thank the rich for the contribution they make to our country,” he explained. “My own perspective is the top 1 percent of the country are bearing the biggest burden.”

The fight is on to become the next hereditary peer in the House of Lords.

Some 15 Lords are battling for the position. But three of them—Viscounts Massereene and Ferrard and Baron Oriel—are the same person.

Two others—Barons Biddulph and Cadman—were stumped when asked for a short piece on why they should be chosen.

Have a break – with a good holiday read

Good old Richard Branson. His 170 personal workers will be able to have as much time off as they like, according to his latest blog.

The serial tax-avoider wrote that they could “take off whenever they want for as long as they want”.

That’s as long as it “will not in any way damage the business” of course.

What could have motivated the billionare other than the best interests of his workers?

Branson ends his missive by noting, “This is an excerpt from my new book: The Virgin Way—available for order now.”

The Bank of England seems to be taking a lesson from Tesco.

The supermarket was caught covering up its true profits last month.

Now the Bank of England is cutting the data it publishes on support given to troubled banks.

Apparently this is because revealing support could “undermine confidence and pose a risk to financial stability”.

Take That, tax and one tragic timeline

Jason Orange has left Take That. It seems the split is about more than “musical differences”.

In 2009 Orange gave an interview saying, “I’ve made us bank with the Co-op because it’s ethical. I worry.

“I want us to stand for good things as well as be a brilliant band.”

This year Orange quit—the same year that other group members Gary Barlow, Mark Owen and Howard Donald were all linked with tax avoidance.

Take That issued a statement saying, “We first became aware of Jason’s reservations a couple of years ago”.

That would be 2012—when Gary Barlow was first linked with tax avoidance.

Its new bank account has an app that gives people helpful messages such as, “Remember that time you won the lottery? I don’t either.”

Sun journalist Vince Soodin was in court last week, accused of paying a bribe for a story about a fox attacking a family.

Soodin denies the charge of misconduct in public office and the trial continues.

A premature panic over pollution?

Troublemaker would like to apologise for decrying the quality of air in London.

We reported earlier this year on research showing that London’s Oxford Street is the most polluted in the world.

But it seems that things are looking up!

There are a few years to go before these “efforts” come into effect. Still, we’re sure there’s no need to panic.

One must keep one’s head so one can purr

Should there be a referendum on beheading the queen? We’re not supposed to ask, apparently.

When comedian Andy Zaltzman made the suggestion last week on a Radio 5 Live show it led to a torrent of outrage.

The anger was mostly on the front of the Daily Mail newspaper.

The BBC received all of FOUR complaints over the comments. It seems that love for the chief sponger is alive and well.