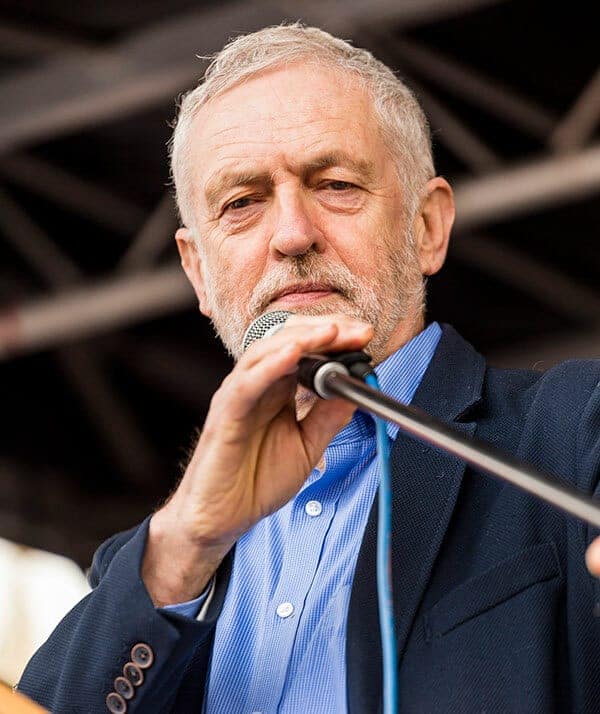 A number of Labour MPs say they’re definitely not going to challenge Jeremy Corbyn for the leadership. Not right now anyway.

Lewis said he was “annoyed” by rumours going around earlier this year that he was preparing to challenge Corbyn.

But his response when asked if he wanted to be leader in the future—“never say never”.

Rebecca Long-Bailey is also not thinking about standing. “Fake news,” she said.

Neither is warmonger Hilary Benn, who pointed out, “there isn’t a vacancy because Jeremy is the leader”.

McDonnell began last week by accusing the Labour right of plotting a “soft coup” against Corbyn.

He ended by “holding out hands” to the hard right Progress faction.

He invited Lord Peter Mandelson—who he attacked in the pages of Socialist Worker last week—“to come and have a cup of tea”.

Peace hasn’t broken out. But everyone is digging in for a long war of attrition.

A new faction, Open Labour, is set to be launched. A cynic might call this the vehicle for the soft left has-beens who want rid of Corbyn.

But really it’s the beginning of an exciting new project.

Not convinced? The top speaker is former leader Ed Miliband. Who says Labour has nothing new to offer?

Meanwhile left and right are about to spend the next seven months gearing up for another battle over rule changes at conference in September.

It’s going to be a long and gruelling battle, and the left won’t win unless it can push outwards and look to the struggle outside Labour.

Corbyn’s speech to the huge NHS demonstration on Saturday will have given him a boost.

Cups of tea with his enemies will not.

Retired cops are to set up a private police force to deal with a “national crisis” in law enforcement.

They claim the agency, being set up by former Metropolitan police officers, will patrol central London, make arrests, gather evidence on crimes and mount private prosecutions.

The agency will have access to the national police database.

Under the MLB scheme, trained former police officers wearing a uniform will patrol in Belgravia, Mayfair and Knightsbridge.

The private force will attempt to alert local police to crimes.

If the police and Crown Prosecution Service decide not to investigate the offences, MLB will mount private prosecutions.

MLB has signed a memorandum of understanding with the police to access sensitive criminal records of potential offenders if and when they are prosecuted privately.

Mark Rowley is the Assistant Commissioner for Specialist Operations in the Metropolitan Police. The Met describes him as the “most senior counter terrorism officer”.

On Monday he did a publicity thing to get people to report suspicious activity to the police.

Troublemaker wonders if the fact that the Met has arrested almost one person a day for terrorism is suspicious.

But what is suspicious behaviour is that on Tuesday Rowley was down to launch a 1,000 page report into Islamic terrorism.

The report and the meeting were organised by Islamophobic neoconservative think tank the Henry Jackson society.

At one point the shadowy right wingers shut down parliamentary committees they were running in order to keep the names of their donors secret.

Quite why a top cop is hanging around to give credence to the conspiring right is another question.

Five relatives of people who died in the Hillsborough disaster have been ordered to pay the legal costs of a former cop.

The inquests exonerated fans of any blame for the disaster which killed 96 Liverpool fans. They found that fans were unlawfully killed and said a series of police failings caused the disaster.

Crompton is challenging the decision to ask him to resign and five bereaved relatives applied to play a part in the hearing.

Lady Justice Sharp refused this request on Wednesday of last week and ordered the families to pay Crompton’s bill for the hearing. This could cost up to £28,000.

Crompton’s case is due to be heard at the High Court later this month.

Harassment in colleges is under-reported

High numbers of students and workers suffer sexual harassment, misconduct and violence from staff in universities, a Freedom of Information (FOI) request suggests.

At least another 127 allegations were made by staff.

The official figures will be an underestimate, as many alleged victims said they did not come forward.

Some said they feared it would affect their education or careers.

Public income for the Royals to double

A tiny committee of MPs set up to consider doubling the publicly funded income of the Royal Family took thirteen minutes to decide. Yes came the answer.

The Sovereign Grant will rise from 15 percent to 25 percent of the Crown Estates income. Having agreed £360 million for Buckingham Palace, the Seventh Dedicated Legislation Committee will now be disbanded.

Blair and Trump – a match made in heaven?

Tony Blair has attended a secret meeting at the White House to discuss working for Donald Trump according to The Mail on Sunday.