Tories have a long, nasty history of antisemitism

Papers with a long line in scapegoating are committed to opposing antisemitism. Good. No longer is picturing a man of Jewish heritage looking strange eating a bacon sandwich a story.

Since guilt by association is in, here is Troublemaker’s guide to Tory antisemitism.

The British Brothers League, the Right Club and the League of Empire Loyalists were all fascist, antisemitic groups that grew out of the bowels of the Tory party. Each were set up by Tory MPs.

In the 1930s when the Daily Mail was backing the Nazis and the current queen was giving fascist salutes, Tory MP Archibald Ramsay headed the Right Club.

Its aims were to “oppose and expose the activities of organised Jewry”.

The Tory prime minister Harold Macmillan was a brutal antisemite. He drove a Jewish man, Leslie

Hore-Belisha, out of the cabinet during the Second World War.

Macmillan branded Thatcher’s cabinet “more old Estonian than old Etonian”, a reference to the Jewish members of her cabinet.

At that point Tory minister Alan Clark was gloating about his antisemitism. For one example he refers to a gold Roll Royce as being a “Jewish racing yellow”.

In 2011 Oxford University Conservative club was thrown into crisis after one officer claimed that members regularly sang a song at meetings. It included the words: “Dashing through the Reich…killing lots of kike (Jews).”

Much of the current digging around in the internet history of Labour figures has been done by Paul Staines’s right wing Guido Fawkes blog. He got his step up in politics with the fanatically right wing David Hart.

When Troublemaker regular former Tory MP Aidan Burley decided not to stand last year, Staines went for a consolation drink with him.

Burley hired the Nazi uniform for a fascist themed stag party and lied about it. Staines, in a uncharacteristic expression of compassion, said, “the pressure on his young wife was intolerable”.

The Ukip leader Nigel Farage used EU funds to pay for a team of ex-military personnel to follow him around the country as he made referendum campaign speeches.

Meanwhile David Cameron thought he’d give both sides of the parliament a jolly good chortle by cracking a joke about Farage having a “poncey, foreign sounding” name. It’s not clear how the accountants in Panama pronounce Cameron.

Centrica boss Iain Conn wrote in January, “Business needs unrestricted access to the European market of 500 million people in order to continue to grow, invest and create jobs. We believe that leaving the EU would deter investment and threaten jobs.”

Barber fights for a union – the European one

The Tory civil war has deepened with David Cameron’s own MPs accusing him of diluting trade union reforms to boost his Remain fight.

Cameron and the ex-TUC general secretary Sir Brendan Barber have come together to warn against Britain leaving the EU.

Trade Union Bill that were a “sale of government policy for cash and political favours”.

Well Barber got nothing out of government when he was head of the TUC so we doubt he’ll get anything now.

And anyway he can’t be bought—there was never any need.

Another day older and deeper in debt

Credit card and loan debt is growing at its fastest since 2005, shock figures show.

The Bank of England revealed it rose by £1.9 billion in March, compared with an average of £1.4 billion in the previous six months.

But there is growing concern people are stretching themselves too far.

When interest rates rise again those in deep debt could suffer.

Just over 20,380 people went insolvent between January and March, 0.3 percent up on the three-month period before.

Debt relief orders, known as bankruptcy light, are also on the rise, the Insolvency Service said.

The Sun newspaper faces a trial over phone hacking after a High Court judge ruled there was enough evidence for claims against the newspaper to be heard.

Four claimants allege that 40 articles printed in the tabloid were obtained through phone hacking, including some while the paper was edited by Rebekah Brooks.

Last week saw the Sun forget to put the news of the Hillsborough inquests’ ruling of unlawful killing on its front page. Neither did the Rupert Murdoch- owned Times newspaper.

The Sun did manage an editorial blaming police errors but excused itself for the paper’s lies and slurs of fans.

Wes Streeting is nominally a Labour MP. This is an occasional series on his wisdom

Unite union general Len McCluskey slammed Streeting for attacking Corbyn over McDonald’s. In what is believed to be a first, Wes Streeting “was unavailable for comment”. We’re sure the furious former McDonald’s worker will be back soon.

College costs are worst in England

A damning report from the Sutton Trust shows students in England leave university with more debt than anywhere else in the English-speaking world.

They now owe an average of £44,000 on finishing. US students run up half that debt and Canadians a third of it.

And when maintenance grants are abolished this year, the poorest students will end up owing more than £50,000.

That is half the average price of a house in the North East. 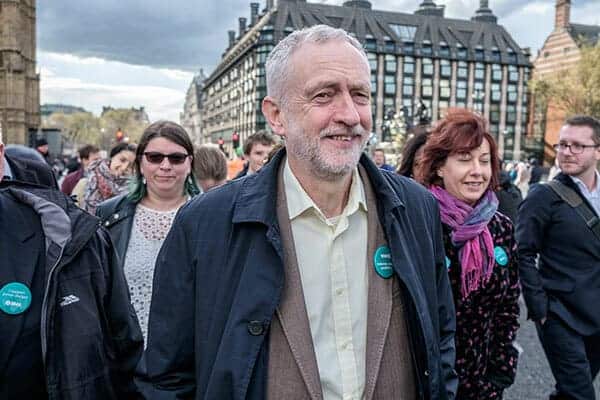