This article is over 9 years, 5 months old
The Tories told us that the Olympics would create affordable homes for thousands of ordinary people in London. How’s that working out?
Downloading PDF. Please wait...
Tuesday 14 August 2012

The Tories told us that the Olympics would create affordable homes for thousands of ordinary people in London. How’s that working out?

The Olympic Park will close after the Paralympics ends next month.

It plans to reopen as the Queen Elizabeth Olympic Park next year and will eventually contain thousands of new homes. But ordinary people won’t be living in them.

The first set of homes will be converted from the athletes’ village. Half of these will be sold as private housing.

The other half will be “affordable”. But thanks to the Tories, so-called “subsidised” homes can be rented out for up to 80 percent of the market rate.

And apparently “affordable” now also includes homes that are mixed ownership, which again poor people can’t afford. It’s estimated that this will mean at least £750 a month for a two-bedroom flat.

Most people who need housing in east London won’t be able to afford rents like that. Some 35,000 people in Newham alone are on council housing waiting lists. And 3,000 are in temporary accommodation.

The Tory overseeing the redevelopment of the Olympic Park is Daniel Moylan, a councillor in plush Kensington & Chelsea. London mayor Boris Johnson made him the best paid councillor in Britain last year when he boosted his salary from £55,000 to £131,597.

Now Johnson has appointed him to be chair of the London Legacy Development Corporation. “I’m not embarrassed at all about the fact that there will be private housing on the park,” he sniffed.

So much for the Olympic ‘job legacy’

The Tories claimed the Olympics and its legacy would create jobs. Yet the Games were staffed by 70,000 volunteers, despite Newham having the highest unemployment rate in London.

The 2010 Employment Legacy Project was meant to get 1,400 people into work for at least a year. An update reported “low outputs” last May. It was meant to start in April 2010 yet only began operations last autumn.

Rupert Murdoch’s News Corporation has become so tainted that even the Church of England has abandoned it. The church sold its shares in the firm, worth £1.9 million, on the advice of its “ethical investment advisory group”. Pity the group didn’t advise it not to buy shares in News Corp in the first place.

One man who is still pals with Rupert Murdoch is Paul Ryan, US Republican candidate for vice president. Murdoch said he was “almost perfect”.

Ryan wants to cut back healthcare. He is a fan of hard right ranter Ayn Rand. He also catches catfish with his bare hands. That’s when he’s not busy stroking fat cats.

The long list of problems caused by teachers continued to grow last week. David Cameron blamed the fact that schools don’t teach more sport on “some teachers not wanting to join in and play their part”.

Thank goodness the fun police were on hand to arrest Mark Worsfold during a cycling race at the Olympics last month. Police officers said they were concerned about his “manner”.

Mark says they wanted to know why he didn’t seem to be visibly enjoying the event. Mark has Parkinson’s disease that affects muscles in his face and finds it hard to smile.

Firms save cash by taking on inmates

A company is paying prisoners £3 a day to work in its call centre. Becoming Green buses the prisoners to its Cardiff site from an open prison 21 miles away. It has sacked other workers. It isn’t clear if prisoners had a choice.

The Ministry of Justice is now thinking of opening call centres inside prisons themselves. One firm hailed the benefits of getting cheap call centre workers who have “British” regional accents.

Total profits rose by 11 percent in the three months to the end of June. Google’s boss Eric Schmidt says there are “benefits” to being in Britain.

The drive to protect profits in Spain has reached a new low—by targeting children’s food. From September, parents will be charged a fee of up to three euros a day if their children take a packed lunch to school.

This is so that the private contractors that provide the kitchen equipment and workers—for the hot meals no one can afford anymore—will still get paid. Spain’s government has already snatched away subsidies for poor children to have free meals.

So who would live in a house like this? Only the super-rich 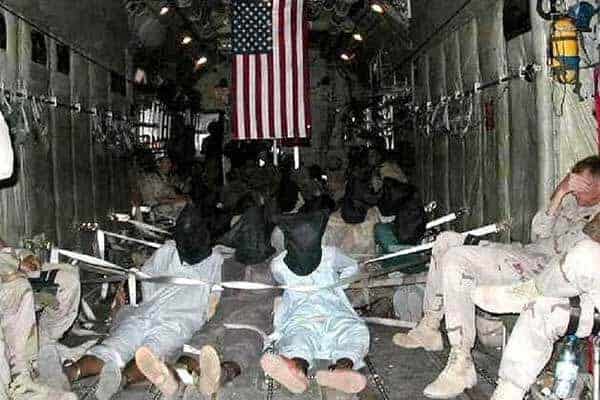 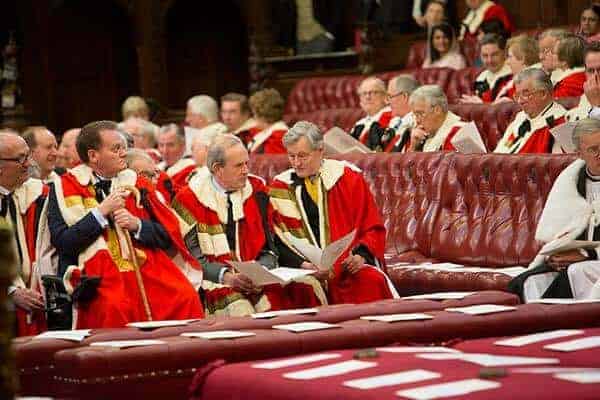 Tories defeated in Lords and courts—and Wales says no 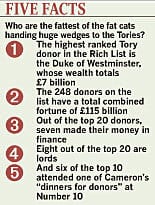 How the richest bosses in Britain bankroll the Tories