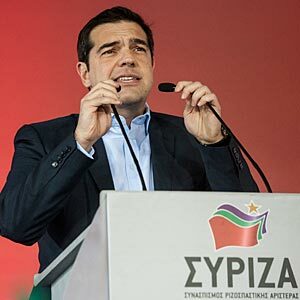 People in Greece are furious that austerity is being imposed on them in exchange for bailouts of the government’s debt to the bankers.

Greece owes £188 billion to the “Troika”—the European Central Bank (ECB), European Union (EU) and International Monetary Fund (IMF). It has imposed a “memorandum” of devastating cuts and anti-worker “reforms”. And with billions due in repayments between February and August, it says any extension will have similar strings attached.

Radical left party Syriza was resoundingly voted in because it wants to renegotiate this debt. Anti-capitalists want to go further and refuse to pay.

Politicians and bankers across Europe argue this would be a disaster. The worst of them fall back on nasty national stereotypes. They paint Greeks as lazy and irresponsible, sponging off the more sensible folk in northern Europe.

But Greek workers had some of the longest working hours in Europe, and for relatively low wages. They didn’t create the debt.

The Greek government spent more of its budget on the military than any other European country.

And the rich wriggled out of £10 billion a year in tax.

But by far the biggest source of debt was from the financial speculators who poured loans into Greece after it joined the euro.

After the global crash, the bailouts made sure they got back what they’d gambled. Ordinary people were then left with the bill.

Defenders of this debt warn of disaster if it isn’t paid. The ECB argues that Greece could be kicked out of the euro.

There is nothing it can do to stop Greece using whatever currency it chooses, any more than it could stop Kosovo and Montenegro from adopting the euro unilaterally.

But Greece should leave the euro and reinstate its own currency rather than be bullied by the ECB.

Others warn that investors and bankers will pull all their money out of the country.

Already billions are being taken out of Greek banks.

But there’s no reason to leave the banks to their own devices. They could be nationalised, and capital controls put in place to stop the rich looting the economy.

Some ruling class commentators recognise that the debt isn’t fair.

But they say letting the Greeks off would only pass the cost onto taxpayers in other countries. That wouldn’t be fair either.

These are crocodile tears from the people who have spent five years telling workers everywhere to suffer to pay for their crisis. They aren’t afraid of making workers in other countries suffer to resolve the economic crisis.  They aren’t even afraid of unpaid debts. Britain still hasn’t paid back all of its loans relating to the First World War.

Many recognise that it will be impossible to get everything Greece owes. They would rather write off some to make sure of getting the rest—if they can do it on their own punishing terms. They are really afraid of what will happen if others follow the Greeks’ example and refuse to pay as well. Economists call this “moral hazard”. But socialists see it as the way to both show solidarity with Greece and solve the crisis elsewhere.

Socialist MPs in Ireland argue for defaulting on the debt. Imagine if Podemos, the radical new party leading the polls in Spain, pledged to default if it is elected in December.

It would make it absolutely clear that this isn’t about Greeks against other Europeans—it’s about workers refusing to pay, and putting the bill back to the bankers and the super-rich. 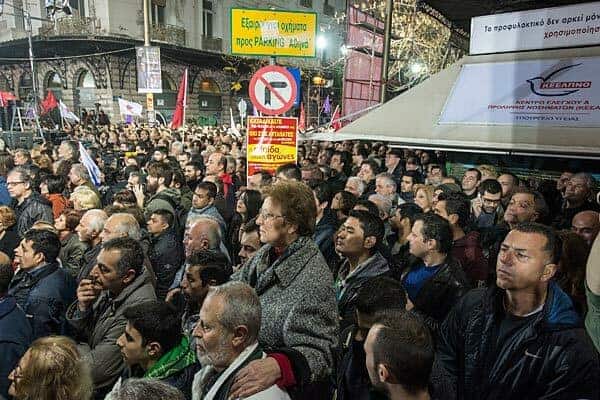