‘A plague on both their houses’ plays into the racists’ hands

This article is over 10 years, 10 months old
A report released this week rehashes the lie that Muslims need to tackle "extremism" in their own community—saying it is "acting as drivers and recruiters for the right".
Downloading PDF. Please wait...
Tuesday 01 March 2011

A report released this week rehashes the lie that Muslims need to tackle “extremism” in their own community—saying it is “acting as drivers and recruiters for the right”.

This is blaming the victims of racism for the growth of fascist groups. It adopts the slogan, “A plague on both their houses.”

Many will be shocked to read that the report has been released by the Searchlight Educational Trust—the charitable arm of the anti-fascist magazine Searchlight.

Titled “Hope not Fear”, the report contains little hope and a lot of fear.

While recognising that economic insecurity can fuel racist ideas, it fails to mention how these ideas are shaped by the constant drip feed of Islamophobic and racist filth in the press.

It leaves out the role of Labour and the Tories in scapegoating Muslims and immigrants for the economic crisis and their warmongering foreign policies.

With Islamophobia and racism on the rise, we shouldn’t play into the hands of the racists.

The bosses want to make working class people pay for the crisis. They will use racist scapegoating to divide us. We need maximum working class unity against the cuts and racism.

Anti-racist activists have launched a petition, “Defend multiculturalism, don’t let Cameron divide us,” and are raising funds for an advert in the Guardian newspaper.

A rally has been organised for Wednesday 9 March, 7pm, Friends Meeting House, Euston Road, London. Add your name to the petition and donate to the advert at www.uaf.org.uk 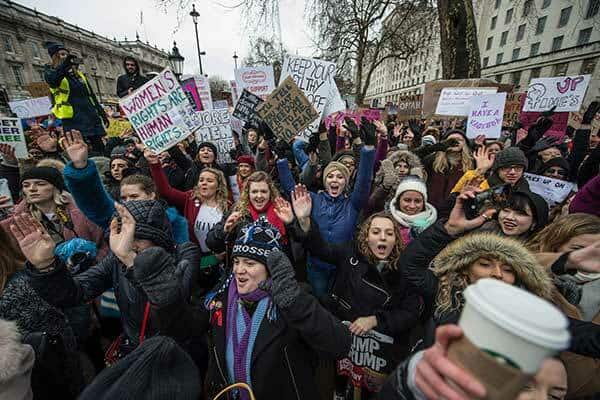 International Women’s Day is about liberation, not Theresa May’s platitudes 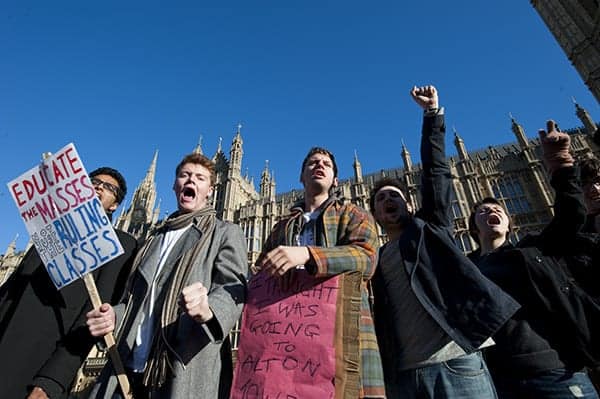