A world in crisis… Join the socialists

This article is over 11 years, 3 months old
Has the world gone mad? If you switch on your television and watch the news you could be forgiven for thinking so. We are faced with war, nuclear disaster and economic crisis.
Downloading PDF. Please wait...
Tuesday 22 March 2011

Has the world gone mad? If you switch on your television and watch the news you could be forgiven for thinking so. We are faced with war, nuclear disaster and economic crisis.

Once again Britain’s rulers have plunged us into another conflict. This is the third time in just eight years that Britain’s parliament has voted to attack another country, and once again innocent civilians will die.

It is a disgrace that only 13 MPs voted against David Cameron’s murderous mission.

Just as with Iraq and Afghanistan, we are told that the attack is to help ordinary people – but in reality the only motivation is access to Libya’s rich oil fields.

In Japan, what started out as a natural disaster has now turned into a man-made nuclear catastrophe. This threatens the health and lives of millions.

What kind of person came up with the idea of building a nuclear power station in an earthquake zone? A capitalist, that’s who – someone who puts profit before the safety of millions.

Here in Britain we have the Tory government, held up by their Lib Dem collaborators. The majority of the cabinet are millionaires and two thirds went to private schools.

They plan to make us pay for the crisis that the bankers caused. If they get their way pensions will be cut and services scrapped. Higher education will become the preserve of the rich.

They want to close day centres, libraries and swimming pools across the land. They will stop at nothing because they don’t care about our lives.

What sort of a world do we live in where millionaires can target the poorest in society and cut their pay, their benefits, their pensions? Imperialism, war and naked greed are not aberrations of the system. We live in a capitalist society, where profit is king and ordinary people are just pawns in the game. But today, something is changing around the world. People are standing up and saying “enough is enough”.

In Egypt and Tunisia, uprisings of the working class and poor have kicked out despots Hosni Mubarak and Zine al-Abidine Ben Ali. In Wisconsin in the US, workers have occupied and marched in their tens of thousands to defend their unions and their rights.

We are a long way from that scale of struggle in Britain. But there is growing resistance.

This week we have seen a series of strikes among university and college lecturers in the UCU union. A number of unions are talking about a one-day strike against pension cuts in June.

This anger will crystallise at the TUC demonstration this Saturday. The Socialist Workers Party (SWP) believes this must only be the beginning of the fightback.

If we are going to stop the Tories in their tracks, we will need further mass protests – and more importantly, strikes involving hundreds of thousands of workers.

That’s why we will be carrying placards on the demonstration calling on the leaders of the TUC to call a general strike.

But we aren’t just concerned with the fight against the cuts. In the SWP we fight on every issue. When the Tories try to divide us and make us blame each other for society’s problems, we fight for unity.

We champion the fight for women’s liberation and LGBT equality. Across the country we are campaigning against the Nazi British National Party and the racist English Defence League who target Muslims and try and whip up Islamophobia.

We are proud to call ourselves socialists. We are fighting for a world where people come before profit – where nurses, teachers and our kids take priority every time over the greed of the bankers and bosses.

We want a world without war and without the shadow of nuclear disaster.

The stakes are high. Capitalism has shown it has the ability to wreak havoc across the globe.

We believe that we have the power to change it – and the mass popular revolutions in Tunisia and Egypt prove this.

But if we are going to win we need to get organised. That is why we are asking you, if you too want to change the world, to join the SWP today. 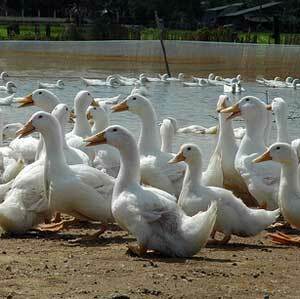 7 July anniversary: only peace and justice can stop the horror

How the war in Lebanon went wrong for the White House