This article is over 22 years, 0 months old
NEW Labour's crazy transport policy sums up everything that is wrong with this government. It is a government which helps the smugly well off and spurns the homeless. It showers handouts on 'entrepreneurs' but grabs back benefits from the poorest.
Downloading PDF. Please wait...
Saturday 18 December 1999

NEW Labour’s crazy transport policy sums up everything that is wrong with this government. It is a government which helps the smugly well off and spurns the homeless. It showers handouts on ‘entrepreneurs’ but grabs back benefits from the poorest.

Over transport, New Labour is leaving power with big business and the market. John Prescott refused to speak of renationalisation when he unveiled his transport strategy this week. Instead all his ‘solutions’ depend on the cooperation of transport fat cats like Brian Souter of Stagecoach. New Labour also threatens a car ‘poll tax’. The chauffeur-driven executive and the harassed working parent dropping their child at school will be charged the same to enter a city centre. The government does not talk of rationing according to need.

Prescott’s past reputation as a left winger is clearly considered unhelpful by 10 Downing Street. Instead the man in charge will be Lord Macdonald. He is unelected and unaccountable, but he can ‘work with business’. The result of all this will be more traffic, more pollution, more disasters and higher fares, but extra profits for a few.

An opinion poll on Tuesday showed a huge drop in support for Prescott. Less than half of Labour voters think he is doing a good job. That does not just indicate disappointment about transport. It is a judgement on the government’s whole record. When Tony Blair is attacked from the left his only response is to say that any criticism of New Labour risks a return to the Tory years. Yet Blair himself is an admirer of Margaret Thatcher’s record.

As Will Hutton wrote in the Observer last weekend, ‘The new director general of the Confederation of British Industry, Digby Anderson, warmly supports the economic and social policies of this ‘centre-right’ government. So, I learned last week, does Lady Thatcher, who tells friends it is continuing her agenda more effectively than John Major did. The bitter truth is that they are right.’

Blair offers a happy new year for the rich and powerful. The rest of us will have to fight to get a decent future. 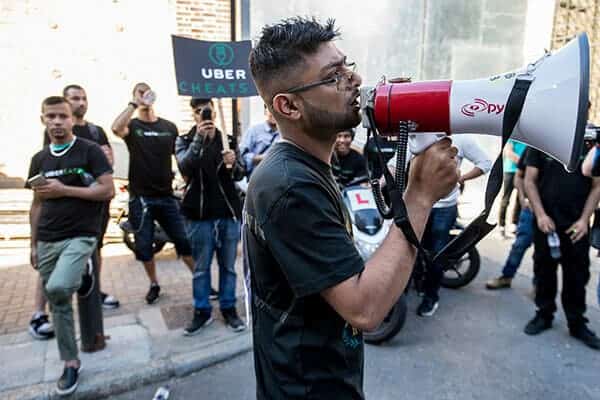 A cabinet of sleaze right up to the top