Blair and Brown: divided by ambition, united by policies

This article is over 16 years, 8 months old
Will Gordon Brown’s future replacement of Tony Blair as prime minister mean more than a change of decor at Number 10 and the inevitable ministerial purge?
Downloading PDF. Please wait...
Saturday 01 October 2005

Will Gordon Brown’s future replacement of Tony Blair as prime minister mean more than a change of decor at Number 10 and the inevitable ministerial purge?

For one thing, Blair has not gone yet and has signalled in Brighton that he wants to cement his legacy with further “reforms” of health, education and transport. In New Labour speak “reform” means privatisation.

One minister says that on these issues there is “not a cigarette paper” between Brown and Blair. The chancellor might curse his neighbour for not relinquishing the reins of office, but he will do nothing to oppose these measures.

Brown boasted of being “New Labour” and said, “The programme of reform will continue when Tony steps down, because it is the right programme for Britain.”

Secondly, read Brown’s lips. No left turn is what he says. Trade union leaders and those who argue we can “reclaim” Labour will point to a string of resolutions passed this week as proof they are making ground.

But both Blair and Brown will ignore these and push on with a shared pro-market agenda. There is no mechanism within the Labour Party to make this government do anything.

The unions flourish pledges made last year in Warwick. One was on employment protection. But in Brighton this week trade and industry secretary, Alan Johnson, lectured Amicus union leader Derek Simpson on the joys of “flexibility” while a Financial Times editorial warned union leaders they could take “little comfort” from Brown’s keynote speech.

But change at the top always creates openings for change at the bottom. This is what happened when the old regimes in France in the 18th century and Russia in the 20th century tried to tidy up their act.

Blair’s grip is loosening because of the crisis over Iraq. Labour ministers will run scared if Respect emulates the success of the German Left Party in next spring’s local elections.

What can tip the scales is repeating the anti-war movement’s success over other issues. That means building on the massive support to keep schools and hospitals in public hands, and the mood against attacks on our pensions.

After all, the events at Gate Gourmet and a stoppage for a few hours at Heathrow did more to raise the issue of union rights than reams of worthy and ultimately empty motions.

We need to start building grassroots resistance and breaking from slavish loyalty to unreformable New Labour.

Decommissioning is a one-sided show

It would not matter if Sinn Fein leader Gerry Adams walked down Ian Paisley’s street waving a white flag and shouting “I surrender.” The Democratic Unionist leader’s reaction would be to say, “It’s not enough.” That is what happened this week after the IRA decommissioned its arms.

Socialist Worker has no great enthusiasm for Sinn Fein’s evolution into a party of the Irish establishment, but the Unionists care not a jot about that. Their attitude remains “not an inch”.

It was that attitude which led to the Troubles in the first place, when the Loyalists reacted to civil rights marches with armed police and vigilantes.

We can save the NHS if we act now 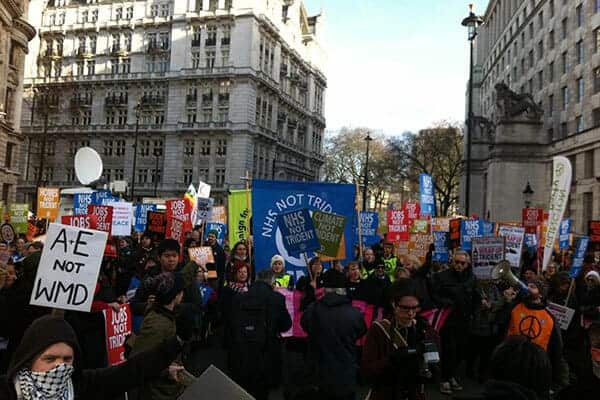 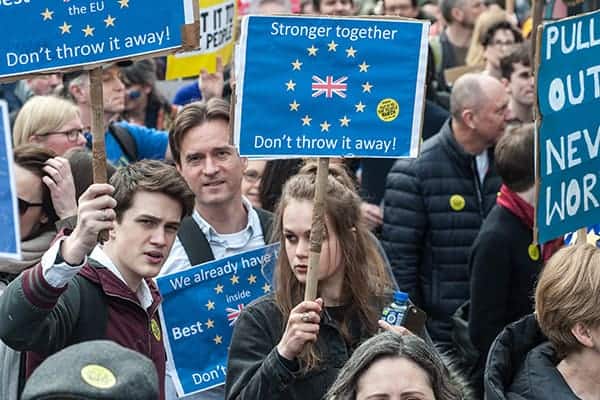