Britain and the US have always used torture

The problem wasn’t carrying out torture. It was that releasing a report into torture might increase the chance of terrorism.

That was the deliberately obtuse response from the media to a report examining the CIA’s use of torture.

After a six-year study of CIA documents, the US Senate intelligence committee was set to release a 480-page summary of its 6,200-page report as Socialist Worker went to press.

The report charts the history of the CIA’s “Rendition, Detention and Interrogation” programme, which president George W Bush authorised after the 11 September 2001 attacks. The CIA tortured people held in secret prisons in Europe, Asia and the Middle East. The British government has repeatedly denied involvement.

Ministers in the last Labour government—David Miliband and Jack Straw—lied about its use.

The latest inquiry here is being run by the MPs’ intelligence and security committee. The last time they looked at it in 2007 the esteemed politicians concluded that Britain was not complicit in rendition. At the very least the British government provided logistical support for aircraft in rendition operations, allowing them to refuel at British civilian and military airports on hundreds of occasions.

A minimum of two prisoners were flown via a base on British?controlled Diego Garcia.

British intelligence officers interrogated detainees held at Guantanamo Bay and at Bagram in Afghanistan, despite knowing they were being tortured.

Both US and British intelligence often get others to carry out the torture. For instance Kenyan intelligence officers claimed last week they were trained by British spooks—they say they have tortured and killed people.

Outsourcing has become particularly useful as the British and US spooks don’t even have to be in the room. They can be standing on the outside passing in the questions.

That allows politicians to deny overseeing torture. British government ministers were not only authorising torture, they were encouraging it.

But when it goes wrong, establishment figures lash out at each other. Different parts of the US state disagreed about how much of the report to release.

The Senate report concludes that the torture programme did not provide crucial information.

But torture is not intended to produce information. The US and British states have long used torture to terrorise those who challenge their power.

Importantly it was the British who pioneered beatings, sexual humiliation, hooding, sleep deprivation and bombardment with white noise.

Torture is embedded in the methods of imperialism and will remain as long those in charge have the power to use it. 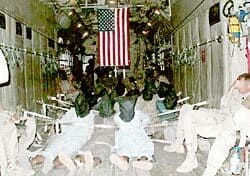 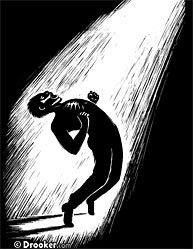 Was Jack Straw involved in rendition and torture of Libyan man? 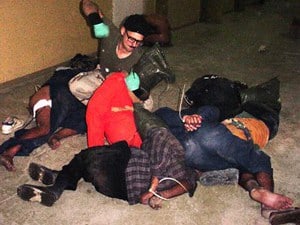