The Stand Up To Racism (SUTR) international conference this Saturday takes place against the background of the growing threat of the far right.

From Jair Bolsonaro in Brazil to the AfD party in Germany, fascist and racist parties are gaining ground in elections. And in Britain, supporters of Nazi Tommy Robinson sense an opportunity to build on the streets.

Socialist Worker stands with all those who are fighting racism and fascism in Britain and internationally. But we also need to discuss the best strategy to win.

If the fascists seized power anywhere, it wouldn’t just produce a nastier variant of the mainstream right. It would mean a qualitative leap into horror that in the 1930s produced the mass slaughter of the Holocaust.

It’s true that the Democratic Football Lads Alliance mobilised in London last Saturday only a fraction of those who’ve joined previous protests for Robinson.

But let’s not be complacent.

We’ve recently seen far right demonstrations of 15,000 in Britain—and state racism and austerity mean there are ripe conditions for more. So it’s not just Nazis we face.

We need mass movements against racism, Islamophobia and fascism.

Our movement must be big enough to give confidence to anti-racists, shape debates inside the working class, and inspire hundreds of thousands of people to be active. There have to be local groups everywhere.

That’s a long-term task that has to unite anti-racists whether they are in the Labour Party, the revolutionary left, the SNP, Plaid Cymru, the trade unions or have no party. This cannot be left to a Labour Party that has a terrible record of conceding to racism and implementing racist laws.

We have to combat—not concede to—racist myths about migrants lowering wages or Muslims being terrorists and rapists.

SUTR is leading this work. It has to be strengthened.

Within such a broad movement Socialist Worker will argue against all immigration controls. And we will argue for a socialist revolution to tear out the roots of racism.

To defeat the Nazis we also have to break their momentum.

We have to separate the fascists from their softer racist support and deny them control of the streets.

That requires mass confrontation—which is not the same as small groups seeking punch-ups with individuals.

Let’s build SUTR, and make the national demonstration on 17 November a turning point against the far right. 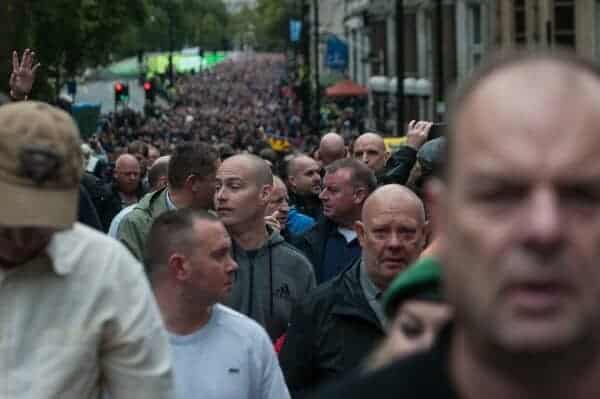 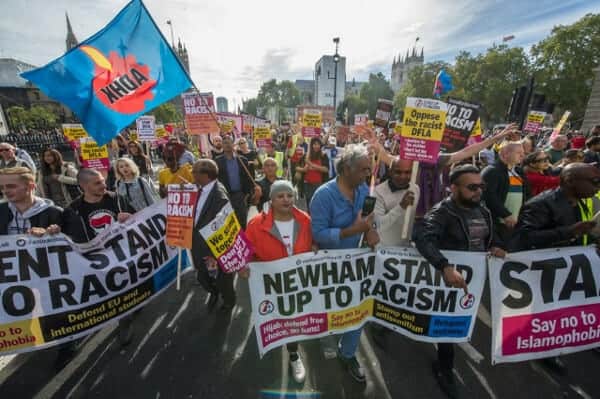 2,000 anti-fascists deal a blow to the far right DFLA 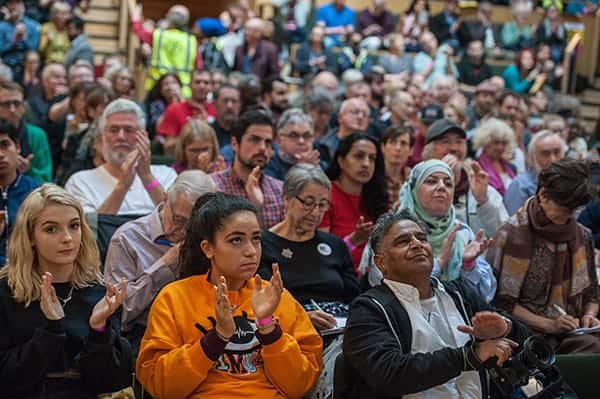